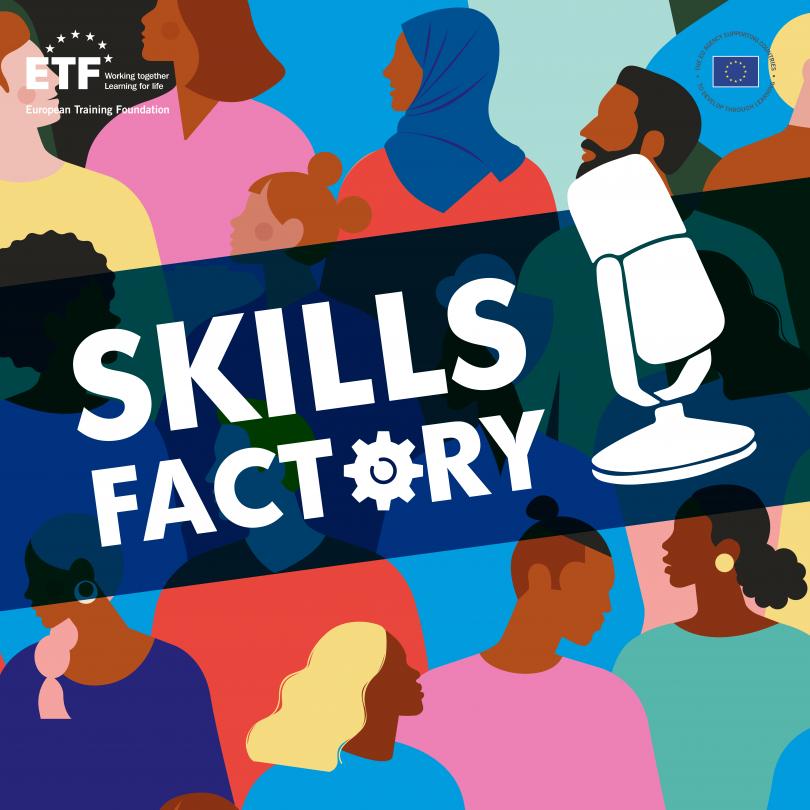 In its 16th episode, the ETF has continued to discuss the main lessons learnt from the conflict in Kosovo in 1999 in bid to utilize the past experiences in today’s current contexts. With the participation of Dr Anton Gojani from the Austrian Development Agency and Anthony Gribben, Senior Human Capital Development Expert at the ETF, the episode chiefly addressed the reconstruction efforts that took place in Kosovo in the aftermath of the war, and how education occupied a considerable part of these efforts.

The idea of resuming life after the war was critical “Immediately, we had to reopen the education system and go ahead because we have to manage the losses of the people, their trauma, but also the loss of time” said Dr. Gojani reflecting on his own experience contributing to the initiatives aiming to revive education in Kosovo after the war.

“It's important we know that every year of schooling lost by a child has implications for their onward educational and professional development” agreed Gribben of the ETF.

However, despite the usual urge to return back to normal as soon as possible when the conflict ends, generally the process is not usually that smooth or easy. “The first thing to do before you start opening up schools and getting kids back into classrooms is to ensure that school properties and good playgrounds are totally secure.. this would involve a significant amount of effort” Explained Gribben in the context of examining the current situation in Ukraine, and how soon educational life could be resumed in war-affected zones.

Speaking of the role of international community, it was crystal clear how crucial this role was in the context of rebuilding Kosovo some quarter a century ago. “The role of international organisation was really important and huge from day one as the governance structures were ruined by the regime and we had to establish a joint interim administrative structure together with the UN mission in Kosovo” explained Dr. Gojani. He further pointed out the importance of ensuring the coexistence between local and international governance systems and the necessity to agree on a unified vision for the country’s future during the reconstruction phase.

Utilizing past lessons learnt from the case of Kosovo, Gribben referred to the current situation in Ukraine and how critical involving international donors is in the process of rebuilding educational systems in the country when the military conflict is over. In his turn, Dr. Gojani stressed the role civic societies and local communities in the rebuilding effort but also that of the EU in this regard. ”It's the EU who should give the word, speak with unified voice and keep its promises to support this country to integrate as soon as possible, regardless technicalities” Said Gojani.