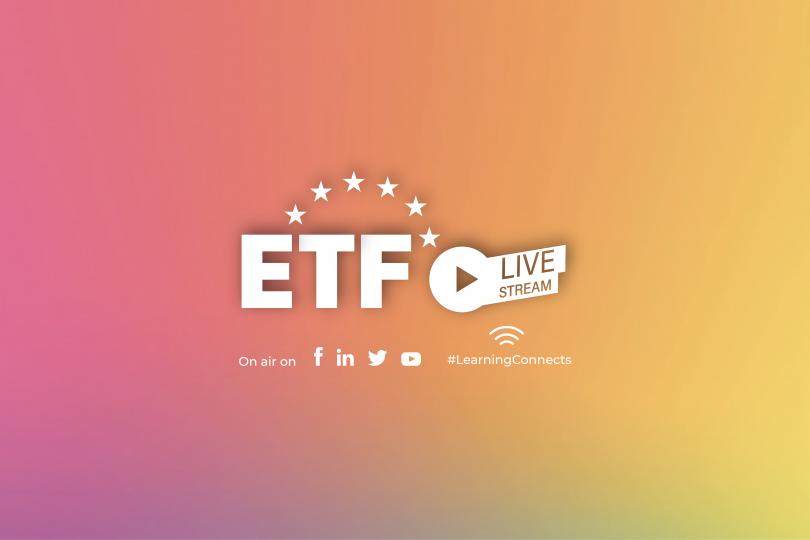 Skills Dimensions of Migration: setting up the context

The European Training Foundation launched its month-long campaign on the skills dimensions of migration on Wednesday. The #LearningConnects LIVE conversation set the context for this theme, broadcast on LinkedIn, Youtube, Facebook and Twitter.

The conversation, hosted by the ETF, was titled “Skills Dimensions of Migration: setting up the context.” The speakers were Ramona Carmen David Craescu, Expert, European Centre for the Development of Vocational Training (CEDEFOP), and Mariavittoria Garlappi, Senior Human Capital Development Expert, ETF.

The discussion focused primarily on the skills of migrants rather than on categories – migrant workers, asylum seekers and refugees.

Prior to the COVID-19 pandemic, one third of migrants in the European Union, around 10 million people, came from five neighbouring countries. Migration is a top billing item for governments, the media and civil society as the world grapples with the pandemic, economic disruptions and conflicts.

The EU and the ETF’s partner countries in the Middle East and North Africa (MENA), Eastern Europe, the Western Balkans and Central Asia, are interconnected through the receiving and sending of migrants.

“Migration is a defining feature of our world, it is not a new phenomenon, and part of human experience throughout history. The COVID-19 pandemic slowed down the migration flows, but it didn’t stop,” said Craescu of CEDEFOP, the sister agency of the ETF.

Education plays a key role in enabling the better integration of migrants into societies. This however requires a migrant’s qualifications to be recognised so they can work or continue studying. It is an issue that applies to migrants in the MENA region, such as Syrian refugees in Jordan, Turkey and Lebanon, and to asylum seekers in the EU.

“For adult migrants, successful integration very much depends on integration into the labour market. Skills migration is key to that, and more generally,” said Craescu of CEDEFOP, the sister agency of the ETF.

The ETF is supporting the transferability and acceptance of qualifications through a national qualification framework in Tunisia, Ukraine, Moldova, Jordan, Morocco, and the Western Balkans.

“We are doing this to help employability, but also professional mobility within a country and abroad by assisting countries to reference or compare national qualification frameworks with the EU’s. It is a lingua franca to use certain diplomas in one country or another, at one level or another. In a way it’s a translator,” said Garlappi.

The skills dimension can be thought of in a circular way - to improve skills before, during and after the migration experience. “It is about people bringing (to host countries) competencies and skills, be it linguistic or entrepreneurial, that upon their return can be used in their countries of origin,” added Garlappi.

The conversation touched on some of the tools and initiatives that are easing skills transferrals, such as the European Qualifications Passport for Refugees, the EU Skills Profile Tool for Third Country Nationals, and CEDEFOP’s project on validation of non-formal and informal learning.

Capturing a migrant’s soft skills is proving a harder nut to crack, in part due to its difficulty to document. “Soft skills – such as motivation, reliance, discipline, resiliency, team work - are very difficult to capture through existing tools and methodologies,” said Craescu.

Soft skills can be as much in demand, if not more so, than technical or hard skills, she added.

“Employers are increasingly looking for soft skills, but these only come across in interviews. Before a jobseeker can get an interview, the employer needs a CV, but they would not be able to judge the applicant’s soft skills,” she added.

One tool that tries to capture soft skills of migrants is the Show Yours Skills platform, with a specific Competency Card toolbox, which is used in Germany, France and Turkey.

The multifaceted nature of migration includes ‘brain drain’ and the costs to an origin country, which may have paid for the training of a medical doctor, for instance, to then suffer a shortage of healthcare workers due to emigration.

“The same professions are needed in developing and developed countries. In the Western Balkans, doctors and engineers are missing. We need to satisfy the needs of countries of origins and destinations, while preserving human rights,” said Garlappi.

To better understand the main issues related to the skills dimensions of migration, the ETF has just published country reports on Lebanon, Georgia, Tunisia, Moldova, Jordan, Ukraine and Morocco.

Craescu raised the importance of making the skills of migrants as evident as possible, be it NGOs profiling the skills of refugees to inform policy-making decisions and the media, to informing employers that are looking for skilled workers.

“Migrants are often portrayed as a burden or a cost for the social welfare systems and host countries, but most migrants have huge potential that is underused, and in many cases not made visible, or too late, when such skills or competences become outdated,” she said.

Migrants equally need to know about employment options throughout the EU, beyond the larger economies of Germany, Austria and Sweden.

“Good information needs to be conveyed about other EU countries, which could be a better opportunity in terms of labour market integration and self-reliance,” said Craescu.

This first conversation on the topic of skills dimension has set up the context for the campaign on migration that takes place in December 2021.

To see the full conversation: