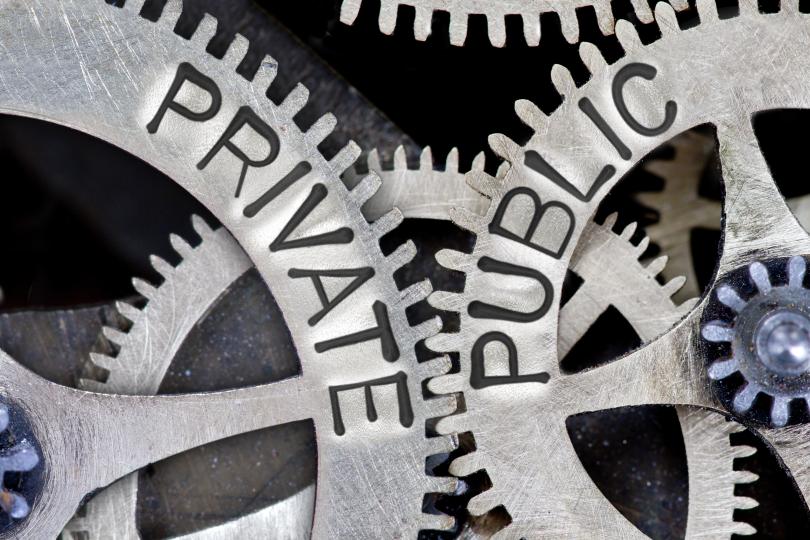 Despite the public and private sectors approaching Human Capital Development (HCD) from different angles and perspectives, there existed a “significant complementarity” to be built upon going forward, according to Erja Kaikkonen, ETF’s Head of Policy and Public Outreach. “While we work in different countries, the challenges that we face are global”, she said in a summation of aroundtable on "Human Capital Development with International Financial Institutions", which took place on Tuesday 30th November.

“We all work to create impact in the countries we operate in, not only through technical assistance but by working on sustainable projects that have an impact both at policy levels and on the lives of people at a larger scale. Partnerships mean making the most of the different partners’ expertise and input to expand the reach and impact of projects.”

The discussion centred around the important interplay between policy and implementation. While ETF has long worked in significant joint ventures with International Funding Institutions (IFIs), the collaboration was sometimes hampered by the financial sector’s project-driven approach, which differed from the policy-driven approach of the ETF. Now, however, with the Neighbourhood, Development and International Cooperation Instrument (NDICI) — which provides budgetary support to EU partner countries — there has been an important shift to prioritising policy to steer the implementation of investment flows.

Outlining the role of the European Bank of Reconstruction and Development (EBRD) in the process, Barbara Rambousek, Director of Gender and Economic Inclusion, said the EBRD had “ thought very hard on how to expand and broaden” the impact it had in promoting inclusion, with new strategic initiatives on equality of opportunity and gender equality.

“Support for evidence-based and inclusive policy reforms lie right at the centre of our activities. We bring the voice of the private sector to shape policy solutions that work better for employers and open up jobs. We do this by addressing the structural regulatory and other policy changes to foster equitable access to economic opportunity.”

This could deliver significant results, Rambousek said, citing as an xample the EBRD’s energy sector investments in Kazakhstan. These were combined with a targeted policy engagement, which delivered major reforms in the labour code. “This has ended all restrictions on employment for women — not only in energy but in all sectors.”

Martin Humburg, Sector Economist in the Education and Public Research Division of the European Investment Bank (EIB), said that while the EIB’s objective in education was to strengthen public education systems, the challenge was that “there are very few potentially good projects”. The EIB concentrated on projects with “systemic impact, that ideally support some ongoing reforms and are complementary to initiatives that are not always EIB areas of expertise, for example governance reform”.

To access such expertise was why partnerships with agencies such as ETF were important. “To get critical mass, you have to team up. The more partners, the more budget, the more support on the ground to create critical mass.

It was important, said Humburg, to have large projects with many partners because “that gives it the visibility it deserves” to cut through bureaucratic barriers. “The higher the visibility of a project in the national policy arena, the greater the likelihood of success.”

ETF experts outlined their firsthand experience in several partner countries. Susanne Nielsen, an HCD expert with ETF, drew on lessons learned during the Foundation’s longstanding collaboration with the Ukraine government to help ensure that the country’s VET system was “sufficiently mature” for investment in centres of vocational excellence.

The key factor had been in “defining policy priorities and actions to ensure that the infrastructure investment is well anchored”. As in other ETF partner countries, success stemmed from it being a collaborative process, with the policy dialogue engaging all stakeholders and the resulting recommendations then feeding directly into EU funding mechanisms. “The achievement of policy uptake for monitoring and, ultimately, for placing policy first, is dependent on communication, coordination and cooperation,” said Nielsen.

A number of participants from ETF, the Asia Development Bank, the European Investment Bank and the World Bank emphasised the critical part to be played by research. HCD expert Ummuhan Bardak, outlined ETF efforts to identify difficult-to-pin-down future trends. Its study on future skill needs of selected economic sectors in six countries expanded “traditional” skills needs analysis, through the use of big data to form an “anticipatory” picture.

Rafael De Hoyos, World Bank Programme Leader in Human Development, said it was critical for European nations to address lack of “robust research evidence” on the learning crisis. The “new paradigm” was growth for inclusion and inclusion for growth, since this was ultimately the only way to achieve sustainable long term economic expansion and avoid political discontent.

“You have to generate the best evidence which we, as an international development institution, can export to different countries for replication,” said De Hoyos. “This is a huge opportunity, where the Bank is willing to collaborate in any possible way.”

Some quick takeaways from the roundtable:

Related Activities
Networks and partnerships for change
Skills for the future