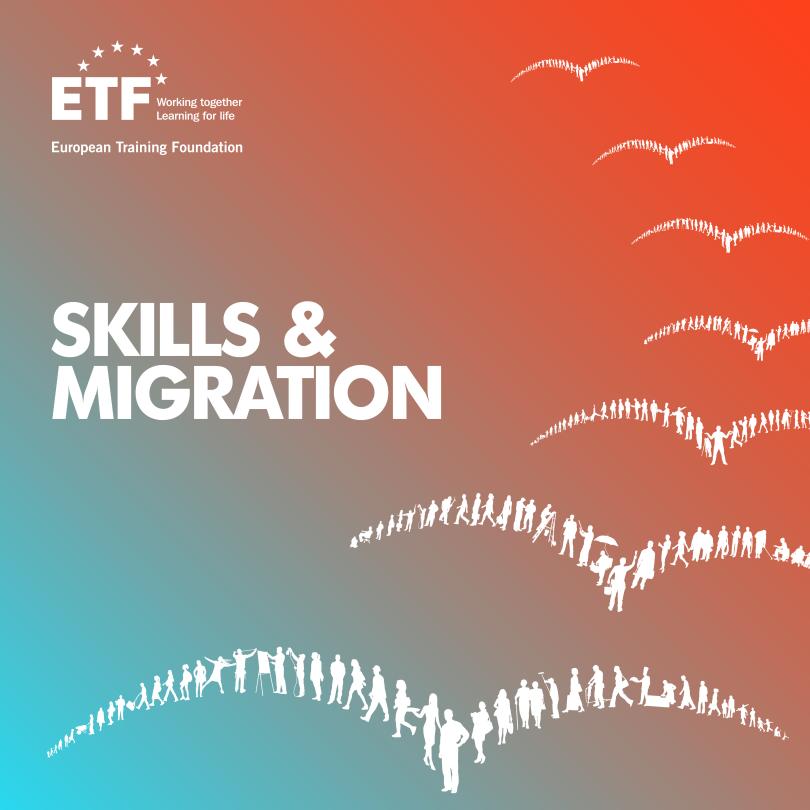 Governments and institutions across the world, including the European Union (EU), are seeking to better manage migration and the integration of migrants in societies and economies. Developing migrants' skills and enhancing their employability is viewed as a win-win scenario for sending and receiving countries of migrants, and for migrants themselves.

This month the European Training Foundation's (ETF) communication campaign focuses on the skills dimension of migration to coincide with International Migrants Day taking place on 18 December to highlight the work being done in this area, and as a precursor to the European Year of Skills in 2023 in which migration will feature strongly.

How is the EU supporting labour migration?

“The EU’s aim is not to encourage migration or to attract only high-skilled migrants to the detriment of sending countries. Rather, the objectives are to provide support at a systemic level so that all parties benefit,” says the ETF’s Director ad interim, Xavier Matheu.

The EU works to ensure that migration takes place in a safe, regular and sustainable manner. Its New Pact on Migration and Asylum proposes to strengthen and deepen comprehensive, tailor-made and mutually beneficial partnerships with key countries of origin and transit. Within this context, the European Commission is supporting the skills dimension through the launch of Talent Partnerships to provide a comprehensive policy framework, as well as funding support based on better matching of labour market needs and skills between the EU and partner countries. They will be open to students, graduates and skilled workers. The first Talent Partnerships starting this year are with ETF partner countries Egypt, Morocco and Tunisia.

The EU’s Talent Partnerships are also intended to support the wider building of skills intelligence around concerned migration countries, labour market development, enhancement of the vocational education and training sector, integration of returning migrants. and strengthening of the diaspora network.

What is the ETF doing to support labour migration?

Within the remit of the EU's external relations and its role as a global actor, the ETF works to build an integrated system to harmonise and link skills recognition systems between the EU and partner countries in the EU’s neighbouring regions and within countries themselves.

We also work closely with national governments and institutions, social partners and civil society in the EU’s neighbouring countries, Central Asia and beyond. This building of skills intelligence informs the policy advice which the ETF gives to partner countries and shares with EU institutions and Member States, and more broadly with other international organisations as part of the United Nations Network on Migration in the pursuit of migration policy goals supporting the UN’s Sustainable Development Goals.

What is the ETF's focus?

Studies and reports produced by the ETF focus on the triangular relationship between migration, human capital formation, and labour markets as in ‘Use it or lose it!’, the ETF's report that explores the situation between the EU and the Western Balkans based on research and analysis carried out in the Western Balkan countries in 2020–21. Individual reports are also available (Albania, Bosnia and Herzegovina, Kosovo, Montenegro, North Macedonia and Serbia).

Additionally, as part of the human capital development systems’ assessment, policy responses and good practices related to the skills dimensions of migration have been explored in a number of ETF partner countries in the Southern and Eastern Mediterranean and Eastern Europe in 2021 (Georgia, Jordan, Lebanon, Moldova, Morocco, Tunisia and Ukraine).

More specifically, the ETF works with countries in the EU neighbourhood region to support the necessary skills requisites for migrants including the recognition of qualifications, validation of skills and competences and prior learning by sharing EU tools such as the European Qualifications Framework (EQF), the New Europass​ and the EU Skills Profile Tool. The ETF is also working to build skills profiles of migrants within partner countries and across partner countries to improve policies for skills development mechanisms in countries of origin. This is particularly important in new and emerging sectors in the context of the digital and green transition where specific skillsets are required.