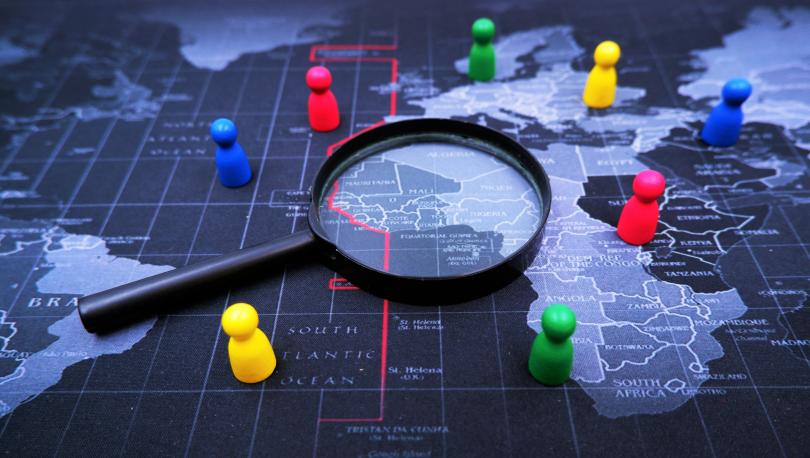 Sharing Findings of the Initial Mapping and Concrete Examples

On 14 December, the ETF organised an online meeting on the subject of Skills Development Initiatives for Enterprises. The purpose was to follow up last year’s webinar, which looked at ways to map initiatives aimed at SMEs in partner countries from the EU Neighbourhood and Central Asia. This week’s session presented the findings from that mapping project, along with three case studies.

The ETF’s Didier Gélibert kicked off the event, by presenting key findings from the study. He began by pointing out how it took place in the context of the COVID-19 pandemic, and reflected how companies have coped with the crisis. Focusing on the topics of innovation, greening and sustainability, it was overwhelmingly limited to online research (95% of the material), as a result of COVID restrictions.

Measures to deal with the crisis were grouped into three themes:

The study took in 25 partner countries, and incorporated 358 separate initiatives: 27 were national initiatives, and 31 regional ones. Of all the initiatives taken into consideration, 267 included a skills or training dimension. One third of them were directly COVID-related, while the remaining two-thirds pre-dated the pandemic.

One-third of the initiatives were organized by national governments, and another third by international donors. In addition, Gélibert highlighted the role of intermediary bodies, which were responsible for 16% of the initiatives. The programmes targeted both organizations and individuals, with encouraging entrepreneurship as a key component.

Moving on to the specific sectors concerned, Gélibert pointed out that digitalisation actions accounted for the bulk of the programmes. Agriculture once again revealed itself to be a key economic sector in the EU Neighbourhood countries. Although tourism is one of the sectors that sustained the heaviest impact from COVID, it was the target of only a limited number of initiatives. Finally – and disappointingly – greening was generally neglected in the initiatives under study: Gélibert suggested that this should be the subject of an in-depth investigation.

Priorities for action revolved around digitalisation and entrepreneurship. Digitalisation is being increasingly integrated in some parts of the EU Neighbourhood, a process accelerated by the pandemic, but Gélibert noted that some SMEs in the area still do not see it as a priority. Entrepreneurship actions accounted for one third of the programmes studied. Concerning the types of initiatives, capacity-building accounted for 46% of the total, with the figure rising to 60% when coaching and advisory activities were included with it.

In the break-out groups that followed, three specific initiatives were presented in detail. The first concerned a national SME-support programme in Moldova: the COVID-19 pandemic had accelerated the need for technical support for the small businesses that make up 75% of the Moldovan economy. Involving both capacity-building and financial support, the initiative provides various tools to introduce new technologies to businesses. Three hundred companies have benefitted from business vouchers and grants under the programme, which is scheduled to run for the next three years and will soon include an in-built e-learning platform.

The second initiative concerned a programme to improve resource efficiency in agri-food production and processing in Uzbekistan and Turkmenistan. Four hundred SMEs have benefitted from the initiative, which focuses on improving business processes: specialists visit the companies, carry out an audit, and supply concrete recommendations. In the next phase, these technical advisors will also help the companies to access the financial resources necessary to implement their recommendations.

The last initiative concerned an innovative voucher scheme in Serbia, enabling SMEs to gain access to finance and innovative services. Its agile structure is crucial for micro-SMEs that cannot wait to access financial resources. In a context marked by a lack of innovation culture, this voucher system is changing the landscape. But it is a slow process: an entire ecosystem needs to be developed, trust needs to be built up, and mentalities have to change.

Concluding the event, Pirita Vuorinen signalled a shift in the ETF’s focus next year. The organisation will focus more closely on upskilling and reskilling initiatives, aimed at SMEs. The key to this new focus is Smart Specialisation: a strategy for higher growth, more specialised companies and higher-skilled jobs. It is based on prioritising those segments of an economy that have the most future growth potential, to deliver higher skills and higher wages. With an initial focus on how skills support growth and innovation, the coming year promises to be an exciting one!