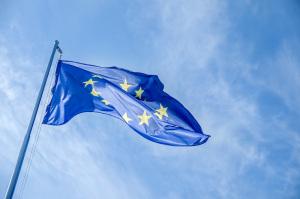 The 10 December marks the signing of the Universal Declaration of Human Rights in 1948, and offers an opportunity to focus on the promotion and protection of human rights worldwide, and the European Union’s actions in doing so both inside and outside its borders.

Respect for human rights and dignity, together with the principles of freedom, democracy, equality and the rule of law, are values common to all European Union countries and are at the heart of its relations with other countries and regions in its role as a global actor supporting the United Nations 2030 Agenda for Sustainable Development. This is the context in which the ETF operates supporting the EU's external dimension and the reform of education and training, employment, and social inclusion in our partner countries in South Eastern Europe and Turkey, Southern and Eastern Mediterranean, Eastern Europe and Central Asia.

The ETF upholds in its activities the right to education and access to vocational and continuing training seeking to ensure inclusive education, equality, non-discrimination and promotion of civic competence. In addition, the ETF's work underscores the right to freedom of expression and the right to be heard particularly regarding the rights of young people and those experiencing disadvantage and marginalisation.

The EU adopted in 2020 the new EU Action Plan on Human Rights and Democracy, which sets out an ambitious roadmap for external action for the next five years. This Action Plan aims to reinvigorate the EU’s human rights and democracy work. There are five overarching priorities:

The Action Plan also reflects the changing global context by giving attention to new technologies and to the link between global environmental challenges and human rights. It provides the basis for the EU Global Human Rights Sanction Regime giving the EU the power to impose sanctions, with asset freezes and travel bans, on those involved in serious human rights violations and abuses.

Changing geopolitics, transition to the digital age, environmental degradation and climate change pose important challenges, but they are also opportunities to foster positive transformation towards more democratic and inclusive societies.