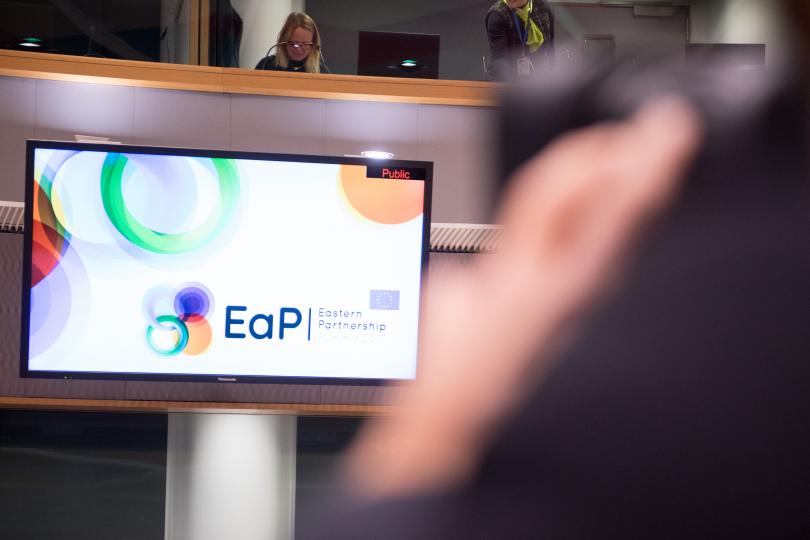 How the Ukrainian crisis boosted the Eastern Partnership in the EU

Although the ongoing crisis in Ukraine has multiple negative implications for international peace and stability, it has unexpectedly strengthened regional ties, pushing for more cooperation and interstate integration in Europe, especially in its eastern part.

An ambitious policy initiative to deepen aspects of cooperation between the EU member states and its neighbouring countries namely Armenia, Azerbaijan, Belarus, Georgia, Moldova and Ukraine, the Eastern Partnership represents an approach that the EU follows for long in its managing its relationship framework with all its neighbouring zones.

It was in 2003 that the European Union decided to focus its attention on surrounding areas for more cooperation and integration. Launched in the same year, and further developed in the year after, the European Neighbourhood Policy came as a clear expression of how the EU intends to deepen its partnership with neighbouring states across various policy fields of mutual interest. In 2021, the total financial allocation directed for EU neighbourhood was estimated to be EUR 19.3 billion thanks to the Neighbourhood, Development and International Cooperation Instrument.

In terms of the Eastern Partnership (EaP), the focus, ever since 2020, has been to foster sustainable development, resilience and capacity building. Through multiannual indicative programs, revised milestones, action plans and financing mechanisms and instruments, the EU provides various forms of assistance and support to (EaP) countries. With the start of the war in Ukraine a month and a half ago, the EU role has, yes, increased, but it was an acceleration of an already established and agreed upon policy approach to support its six Eastern neighbours. It is worth saying the EaP provides a systematic, open and participatory framework for sharing policy priorities, as well as implementing a number of common regional goals but also goals of global nature such as the deliverables of the 2015 Paris Agreement on Climate Change and those of the 2030 Sustainable Development Agenda through the extensive participation and engagement of the civil society organizations of partner countries.