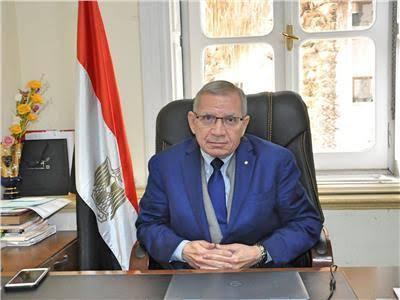 Egypt is the ETF’s largest partner country given its population of 103 million. The North African country also has the largest young population, with around 60% of Egyptians under 24 years old.  With the population having grown by 20 million since 2010, primary and secondary educational offerings have had to expand, but also vocational education to cater to the current and future skills needs of the labour market.

Egypt has started to implement changes in its 2,300 technical schools through a new strategy to provide jobs to graduates after three years of training, at 18 to 19 years of age.  The technical education sector is divided into four categories. Around half of all students, 1.1 million, are in industrial training, followed by commercial technical education (focused on the services economy), at 0.9 million. The latter is popular with young women, accounting for 65% of students. The other categories are agriculture and tourism.

The ministry is monitoring changes throughout the country’s 27 governorates. 'We look at the reasons why students enter technical education as each governorate has its own characteristics. In Upper Egypt, 60% of students that finish basic education go into technical education whereas in the Greater Cairo area it is only 35%. The reason is that it depends on job opportunities, and the wishes of the family, whether their child goes straight to work or to university,' said Megahed.

While Egypt’s technical schools serve millions of students, Megahad said this is not enough.

'Due to the excess number of students, we have two school shifts, one for general schooling in the mornings, and one for technical schools in the afternoons,' he said.

In 2018, educational reforms were started through the launch of the Technical Education 2.0 programme, which aims to improve the quality and relevance of technical education by implementing competency-based curricula.  'Employers complained that students may be familiar with certain topics but when asked to perform their skills they had difficulties. They also complained about students not having the right attitude, said Megahed.

To better cater to the needs of the labour market the ministry established three Applied Technology Schools in 2018, which have since expanded to 42 schools in 19 governorates. The facilities were established through partnerships with the private sector.  So far 10 of the schools have graduated students, with the majority offered jobs either by the private sector partner or with similar companies. 'It has been a sort of small revolution in the social perception of technical education,' said Megahed.

The scheme is to be rolled out further, with the government setting a target of 400 Applied Technology Schools to be established nationwide.  It is expected that a similar approach will be adopted at the country’s 10 technical universities, which take in 80% of graduates from technical schools seeking higher education.

While Applied Technical Schools are geared more towards larger companies, small- and medium-sized enterprises (SMEs) are not as financially able to be involved in such programmes. To better develop competences, Egypt is working with development partners from Germany to establish centres of competences.

'We have set up a consortium of SMEs to establish a distinguished technical school that can serve particular industries,' he said.

Megahed compares the state of technical education in Egypt to that of China, Asia and Eastern Europe. In commercial education, however, he said that standards and course offerings need to be improved.  'We are taking decisions to introduce new professions, like e-commerce and retail, to gradually change the picture. This is a good indication of how our policies are flexible,' he said.

Educational skills are also being amended to reflect job opportunities outside of Egypt as the economy is not able to absorb all graduates into the workplace. Megahed gave the example of a study carried out by the European Bank for Reconstruction and Development (EBRD) on the jobs available in European and Arab countries for Egyptian technicians.

'The conclusion was that Europe, particularly Germany, had a high need for hospitality graduates. We have 20,000 graduating a year in this field, so we will work on increasing the number of tourism and hospitality schools and are in discussions with a number of development partners. This is how numbers affect our actions,' said Megahed.

The Technical Education 2.0 programme was prompted in part by evaluations of Egypt’s TVET sector by the World Bank between 2012 and 2014, which showed that Egypt was giving more importance to the number of students passing through the system than the quality of education.

The ETF advised Egypt on the pillars of Technical Education 2.0, encouraging the country to establish an independent quality assurance authority for technical education. 'We had extensive discussions with the ETF but were hesitant to set up a new authority as we already have a general body for quality assurance in education,' said Megahed.  The relevant body did not, however, have oversight as to whether students had the right skills and qualifications that the labour market needed.

In October, the Egyptian Authority for Quality Assurance and Accreditation in Technical and Technical Education and Vocational Training (Itqan) was established. 'Itqan means perfection in Arabic, so it is an appropriate name,' said Megahed.

Over the past three years, Cairo has worked to transform education into a competency-based system, amending 30 educational programmes and adding new programmes. 'By the end of this year, we will be applying competency-based programmes in 900 schools covering almost 80% of all professions,' said Megahed.

All technical schools are expected to have adopted the competency-based approach by September 2024, while all teachers will be evaluated.

'This is new, to have as part of the examination an assessment committee of two teachers and one job market representative. Graduates are provided with a diploma certificate and a list of competencies they have mastered, said Megahed.