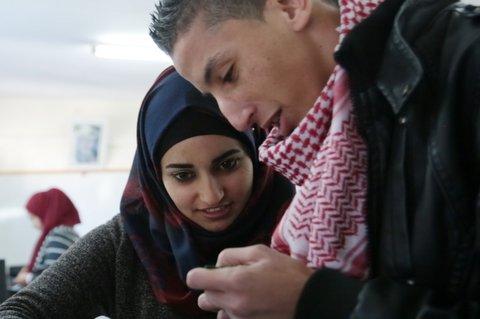 The mapping identifies many innovative support measures, but suggests a common approach to emigration and immigration would further contribute to longer-term economic development.

Labour emigration and immigration in Jordan has contributed to political, social and economic development. The recent influx of Syrian refugees, however, is placing huge pressures on the country.

Building upon the global inventory of Migrant Support Measures from the Employment and Skills Perspective (MISMES), the ETF mapping identifies 35 MISMES that support skills development, job and skills matching for emigrants, foreign immigrant workers and refugees. The number of support measures is not exhaustive.

The majority of the MISMES, 23, are aimed at refugees (with a 30% quota of Jordanians from ‘vulnerable’ communities). Around half focus on soft skills, life skills and key competencies such as language, financial and market literacy. These MISMES are mostly funded by the international donor community, including the European Union which is the largest contributor to the Syrian crisis response. The research recommends better coordination and efficiency to help avoid overlap of services.

Of the remaining MISMES, seven are targeted at foreign immigrant workers, with the aim to improve the working conditions of immigrant labour - a priority area identified by the government to attract more low-skilled Jordanian workers into these sectors. Only five MISMES exist for Jordanian emigrants, which ‘a strikingly low’ number given the contribution of skilled Jordanians who return after a period of circular migration.

The research highlights many innovative examples of MISMES for refugees, including the Makani My Space Approach, led by local civil society groups, promoting soft skills for youths. The Wise Water Plumbers project is helping to save water, boost gender equality and socio-economic integration, while the Skills Exchange Programme between Syrians and Jordanians is providing a skills transfer platform for low and medium skilled workers.

In another project, a private collage adjusted its vocational education programmes to refugees’ needs. And thousands of Syrian refugees and Jordanians are accessing short-term labour-intensive rural job opportunities through the established Employment Intensive Investment Programme. While most of these projects have the potential to scale up, they remain pilots with extremely low beneficiaries, the research says.

The research makes a number of recommendations to improve skills utilisation and overcome labour market integration problems and skills mismatch. These include embedding more MISMES into a national system, with a special focus on local authorities and building a common approach to emigration and immigration.

Entrepreneurship initiatives are identified as a development area with ‘high potential’ particularly for Jordanian returnees as well as refugees. More rigorous information collection, monitoring and evaluation of MISMES is needed to better plan and implement future measures.

The ETF, in cooperation with the Jordanian Ministry of Labour and EU Delegation in Amman, will disseminate the research at a high-level workshop in Amman on July 10. Stakeholders include relevant public institutions, NGOs and other international donors working together in the field.