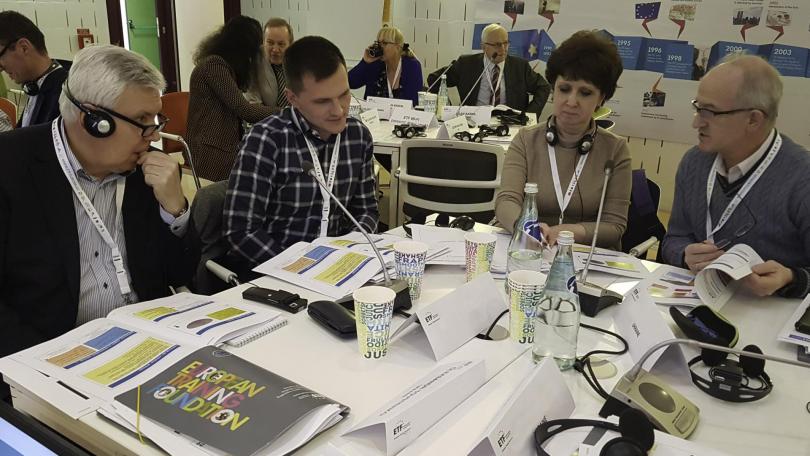 Usually the key ministries (education and labour) play the key role in the strategic decision-making process, but when it comes to the implementation of the reform of qualifications system, sometimes there is no clear division between roles and responsibilities. A specialized body with dedicated group of professionals working on qualifications could make a difference in the speed and sustainability of the reforms, but only if there will be a clear division of roles and responsibilities between main actors.

Ukraine is working hard on the reform of the qualifications system. National Qualifications Framework has been adopted in 2011 and the new Law on Education endorsed in 2017. Many groups of stakeholders interact and several Ministries are involved in the skills development and lifelong-learning agenda. In 2018 the Cabinet of Ministers decided to create a single body, National Agency for Qualifications (NAK), that would make sure that the National Qualification System is in place and that different elements of it would work well together.

The main functions of the NAK will include the supporting of the development of the national qualification system, the facilitation of the dialogue between different stakeholders and national social partners, the alignment of national qualifications with international qualifications framework and much more. In order to make sure that the Agency remains independent, its governing board is collegial and will include the representatives of the Ministries, employers association and trade unions. It will be co-founded by the government and the social partners that would make its decisions would bring benefit to the whole system. Currently the Agency is to be registered by the government of Ukraine and organizational set-up is to be defined.

In order to assist Ukrainian stakeholders with the preparation of the work plan of the recently established NAK, the European Training Foundation has organized a 3 days training inviting representatives of the Ministry of Education, Ministry of Social Policy, employers association and trade unions of Ukraine in order to discuss and define the NAK priorities for the upcoming years. During this event, that took place on 26-28 January, the stakeholders not only started to prepare actual strategy for the Agency’s work, but also have got the possibilities to learn how qualifications bodies work in different countries. The experts from Turkey, Portugal and Estonia have presented their national qualifications institutions and the impact such bodies have had on the reform of their education and training.

«The involvement of the national key stakeholders is the most important part of the institutional side of VET reform» said Osman Seckin Akbiyik from VQA, «but don’t forget, the more duties are taken by the Agency, the more resources are needed, and if the institution is not successful enough in all those tasks, and then heavy criticism comes in».

In Portugal, the National Agency for Qualification and Vocational Education and Training (ANQEP), established also in 2006, is a coordinating the implementation of policies in the file of vocational education and training of young people and adults. Another important role of ANQEP is to ensure the development of the procedures for recognition of prior learning. It is the example of efficient cooperation between different the ministries and social partners involved into the skills development agenda.

✅ To know more about the event: https://europa.eu/!JX36XV

✅ To know about ETF support in Ukraine: https://europa.eu/!Dt94mR

✅ To know about institutional set-up for qualification systems, please see «Getting organised for better qualifications»: www.etfqual.eu