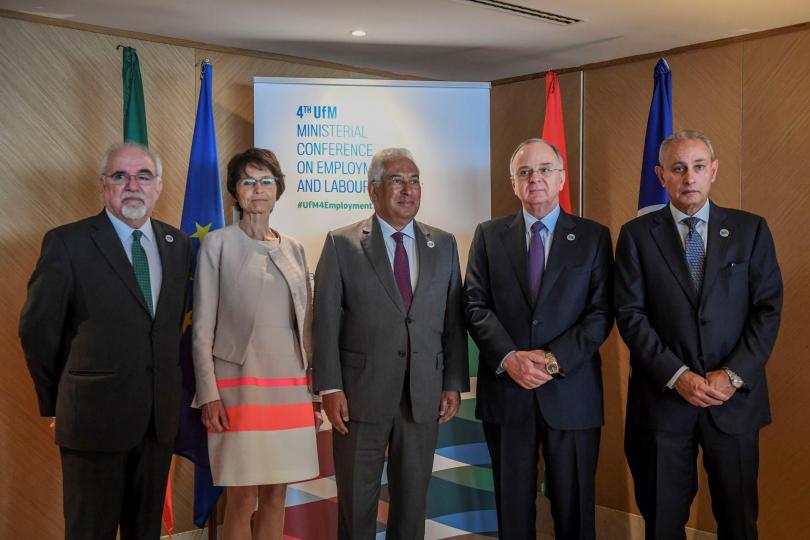 Matching talent and jobs in the Mediterranean

‘We are meeting here today in Cascais to discuss different views and experiences on the most pressing labour market challenges in the European Union and the Mediterranean. The idea is to identify possible pathways towards more inclusive labour markets; more decent jobs; and better matching between talents, skills and labour market needs. Our key objectives remain economic growth and more and better jobs’ said Marianne Thyssen, European Commissioner for Employment, Social Affairs, Skills and Labour Mobility at the opening of the fourth Union for the Mediterranean Ministerial Conference on Employment and Labour held on 1 and 2 April in Cascais, Portugal.

The 43 member states of the Union for the Mediterranean – from the European Union and the Southern and Eastern Mediterranean - met in Portugal to give a new impulse to the economic integration efforts in the Euro-Mediterranean region.

The World Economic Forum’s Human Capital Index indicates that the region currently captures only 62% of its full human capital potential, which means that there is lots of work to be done.

Following on from employment and labour ministerial conferences organised in 2008, 2010 and 2016, the ministers, in their 2019 Declaration, highlighted the challenges facing the region, in particular informal employment, unemployment and underemployment, particularly affecting vulnerable groups such as young people and women, low job creation, skills mismatches, difficult school-to-work transitions, low investment in vocational education and training, insufficient skills development for young people and adults, high levels of informality, and important flows of refugees and migrants.

They stressed the need to focus further on concrete priorities, such as supporting decent job creation and entrepreneurship, mobilising public and private stakeholders to create partnerships and synergies, building inclusive Labour markets to integrate potentially vulnerable and disadvantaged groups, investing in quality education and training for skills and employability in a changing world of work.

Ministers also invited the European Commission and, in particular the European Training Foundation, to provide relevant expertise to support their work.

As part of the ministerial policy conference, ‘Jobs, Skills and Opportunities for All’ were discussions on the most pressing labour market issues. Reporting back from the workshop on ‘More and better jobs: Employment creation and entrepreneurship’, ETF Director Cesare Onestini, advocated a comprehensive approach to job creation including actions to increase labour demand, enhance the quality of labour supply and employability and improve matching between jobs and skills.

Secretary General of the Union for the Mediterranean, Nasser Kamel, and ETF Director, Cesare Onestini agreed to take collaboration between the two organisations further, with potential activities around the ETF’s Torino Process and on the future of work.