Today - 18 December - is designated by the United Nations as International Migrants Day. Migration is an important topic worldwide.  Keeping track of people's movements between countries is key to monitoring the evolution of labour markets and developing education and training policies that take the skills of migrants into account. To mark International Migrants Day the ETF would like to share some of the data we have collected from the EU's neighbouring regions. 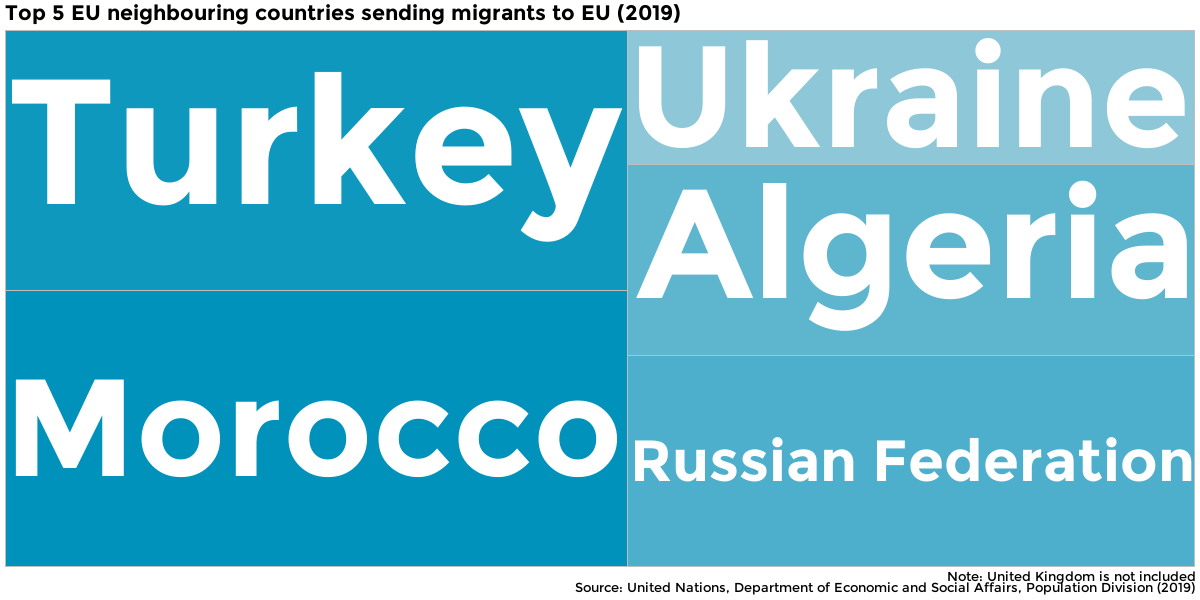 The high percentage of students from ETF partner countries in higher education abroad shows a tendency for young people to look for opportunities in other countries. In many of the neighbouring countries, the ‘outbound mobility ratio’ i.e. the number of students from a given country studying abroad expressed as a percentage of total tertiary enrolment in that country, is over 5%, with peaks of over 20% in Moldova, Azerbaijan, Montenegro. 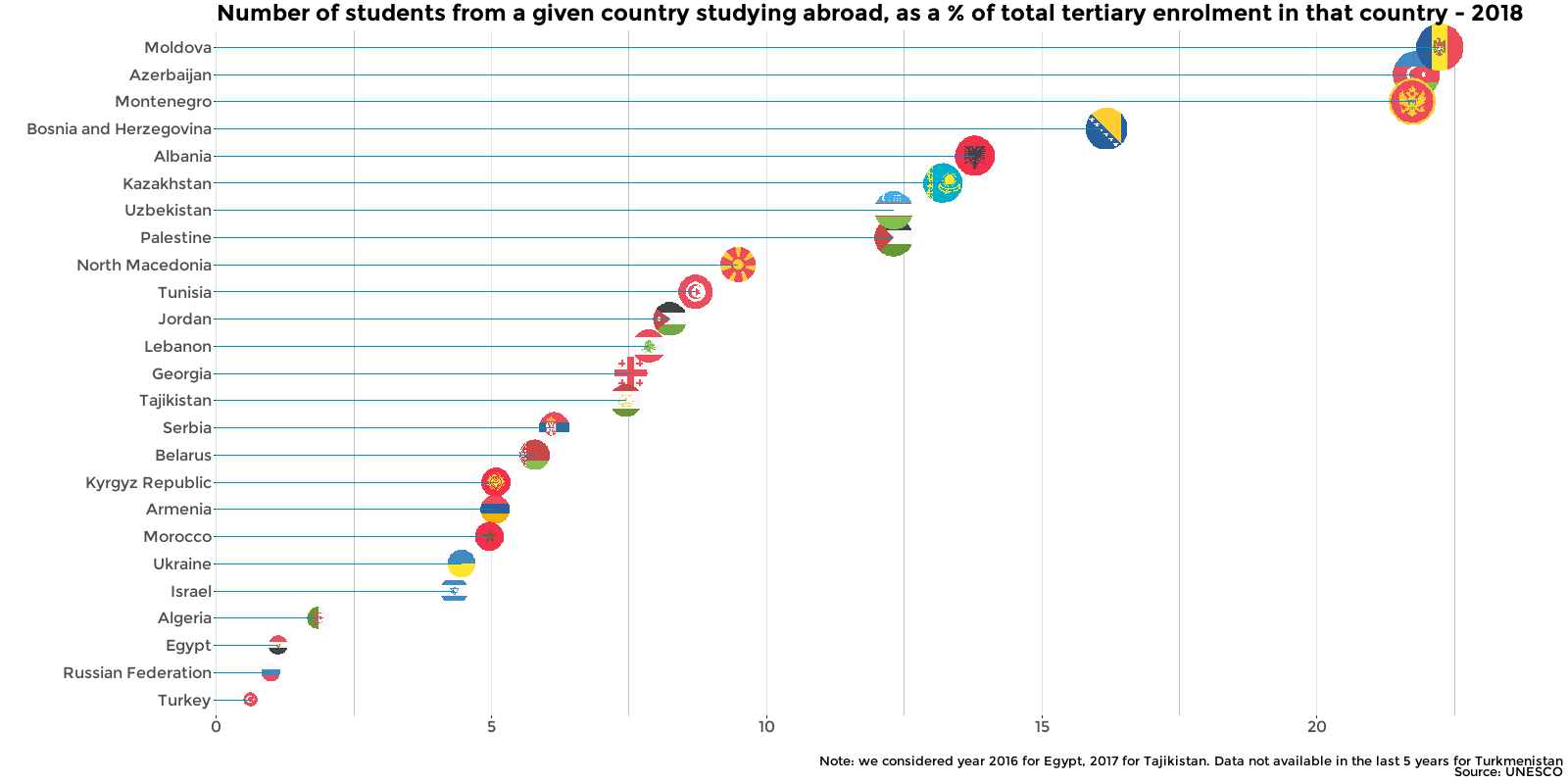 In line with its mission and strategy, the ETF contributes to addressing UN SGD 4 for inclusive and equitable education, with a key focus on migrants: “By 2030, substantially increase the number of youth and adults who have relevant skills, including technical and vocational skills, for employment, decent jobs and entrepreneurship”.