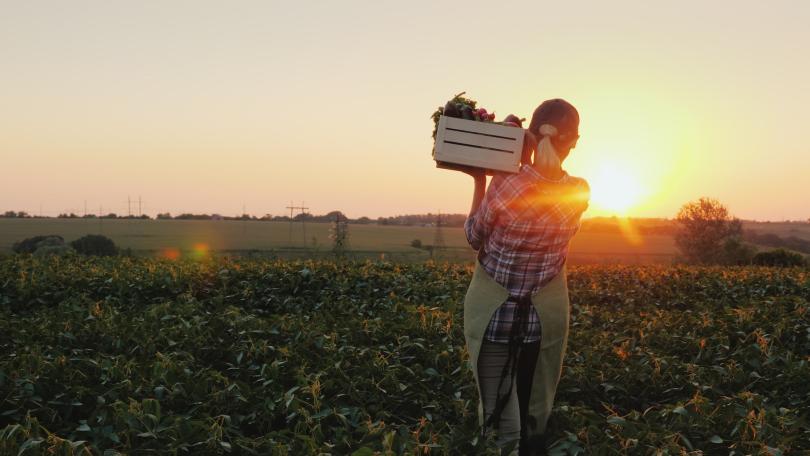 Promoting green skills and the digital transition is among current European Union (EU) policy priorities – both within the bloc and in relation with countries surrounding the EU. But the detail of how such policies can work is not always clearly understood.

Examples from Albania – and other ETF partner countries in the EU’s neighbouring regions – can help clarify how and why green skills and the digital transition are such important tools for stronger, more stable and sustainable economies.

Romain Boitard, the ETF’s Albania Country Liaison Officer and Green Skills expert, says that the experience of Albania is one that is common to many of the ETF’s partner countries.

From a statistical point of view, many countries, such as Armenia, Ukraine, Morocco and countries in the Western Balkans, all share similar characteristics regarding the percentage of young people considered to be NEETs (not in education, employment or training) and the levels of outward migration.

Albania has a high level of young people who give up on education and cannot find work (even those who have some qualifications). NEETs in Albania account for around 26% of the 15–24 age group. Figures across the Western Balkans and Turkey range between 25% and nearly 33%, and a similar range can be found in countries such as Armenia (28.7%), Georgia (26%), and Jordan (38%).

But when looking at the unemployment figures for Albania, instead of an increase they indicate a decrease. The explanation to this contradiction lies in another issue that these countries all have in common: high net outward migration of young people. This movement of young, often educated people to other countries is often referred to as the brain drain and according to Romain, is a big issue in Albania.

“The ETF monitors the unemployment rate, which drops because of migration, but not because employment has increased,” he says. “Another issue contributing to the high levels of outward migration is salaries. According to a World Bank report, a fifth of all employed Albanians receive less than five dollars a day – which is far below the poverty line.”

Economic growth is not a solution in isolation. But looking at what sort of growth can be promoted makes sense, which is where green skills and the digital transition come in.

“When we look at labour markets and how they evolve – we do a lot of analysis on this, for example on integration, skills requirement, adult learning, evolution of occupations through time – we find overwhelmingly that the largest drivers of change are sustainability and digitalisation.”

Studies of sectors that include energy in Albania and Ukraine, the car industry in Turkey, construction in Armenia and agri-food in Morocco, indicate that green skills and digitalisation are all becoming essential in the labour market.

“Most sectors offer prospects for employment growth when these two areas are applied. Changing technology and global climate change agreements (e.g. the Paris Agreement) are increasingly important factors in determining how we work.”

The agri-food study in Morocco offers a good example for Albania, where farming remains a key sector but is still done in a traditional energy- and resource-intensive way.

“The old concept of the farmer who can just do as his parents did is no longer the case – you need to develop your digital and technical skills,” Romain observes.

In Morocco, farmers are learning that they need precision irrigation as water becomes an increasingly precious resource, and choosing and managing what you grow – drought-resistant varieties of crops, for example – becomes ever more pressing.

“In Morocco, farmers are turning to drones to check on crop conditions. They are faster and more energy efficient than driving around in a tractor.”

Digital skills are completely flooding the skill sets of most occupations but that does not necessarily mean that fewer people are needed in the new green and digital labour markets. As the world moves towards a more sustainable future, renewable energy will become ever more important. And although the source of energy – solar, wind, hydro – may be less damaging and ultimately cheaper than oil and gas, it also tends to be more labour intensive. Automation available to the oil industry does not transfer to, for example, wind turbines or solar panels, which need people to keep them working in top condition.

Policies that promote green and digital skills can thus be part of a country’s labour management and employment plan.

Policymakers need to “understand that from now on you are no longer a talent on the labour market unless you have an advanced understanding of the green transition as it applies to your sector,” says Romain.

In Albania, where Tirana is this year the European Youth Capital, a new generation is displaying its grasp of the need for the green and digital transition. The event has an eight-point programme, targeting youth participation, diversity, culture, eco-health, spaces, economy, innovation, capacities and European identity, that includes 360 projects. Implemented by the National Youth Congress of Albania in cooperation with Tirana Municipality, capacity building is a key focus.

“Young people are taking the lead this year, by ideating, initiating, implementing and designing youth initiatives and projects – ultimately leading to advancing non-formal education and training,” says Dea Elmasllari, marketing manager for the project. Some are even finding jobs, she adds, as “innovative start-up ideas are taking shape and being put into practice.”

Green and digital skills are a key part of the programme, such as Youth and Eco Health, which “encourages young people to become active leaders of change for a healthier, more developed and sustainable society”.

Awareness of the green and digital agenda is evident among young people in Albania.

One of the finalists in this year’s ETF Green Skills Award was Albania’s City of My Dreams project. Coordinated by Erjona Todaj, a teacher at the American Corner in Kukēs, a small city in the country’s north-eastern highlands, the project consisted of a group of 18-year-old students from five local high schools. The group of young men and women worked with tutors in their 30s to come up with recommendations to improve the environmental footprint of the city of 16,000 inhabitants. Built in the 1970s after a reservoir project flooded a valley, the project focused on what natural advantages the region offered for greening the city.

We looked at clean, hydro, geothermic and solar energy that our city’s geographical location offers, says Erjona. The best three ideas were put forward to the city council, hoping that at least one would be adopted.