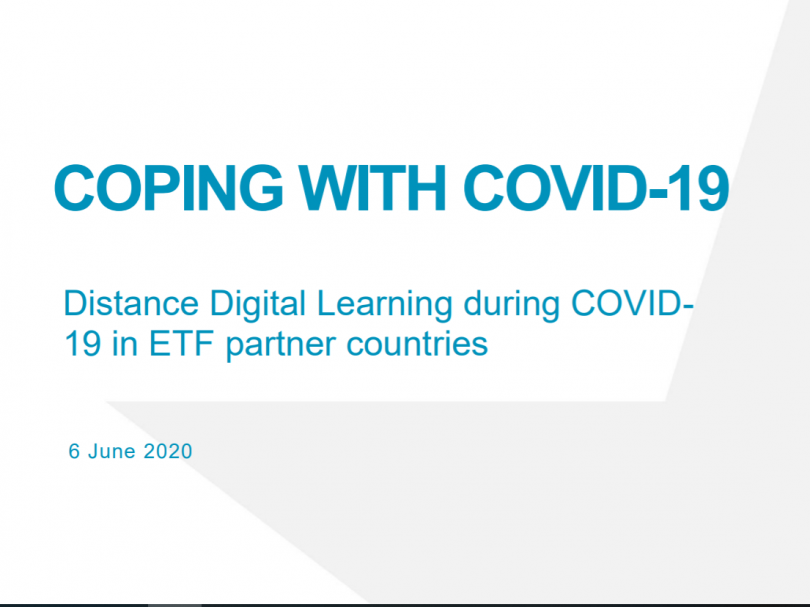 The European Commissioner for Jobs and Social Rights, Nicolas Schmit, in his keynote address during the webinar of EIT Digital, 11 June, on the EU’s role to ensure upskilling in response to the digital transformation, highlighted the critical role of vocational education and training, and the attention needed on gender equality and green skills. The ETF Director, Cesare Onestini, took part in this high level event with other prominent figures from the worlds of government, industry and education.

Mr Onestini described the major upskilling that has happened in response to the COVID-19 pandemic during which countries success was influenced by the level of their previous investment in digital approaches. He presented the findings of the ETF’s recently published mapping report on distance digital learning in the ETF partner countries during the crisis.

“The ability to coordinate the response and engage with a variety of stakeholders was a critical determinant of success”, said Onestini. Many countries were able to react quickly and mobilise public private partnerships to create platforms and test new ideas.

“Where the level of investment in digital approaches was lower before then it was more difficult to adapt to this enforced shift to virtual education” he added.

Overall, teachers surpassed expectations in their swift move to the online classroom. Nevertheless, the pandemic has brought forward a greater need to address inclusion and overcome difficulties of access and outreach, which could be helped by bringing parents and families into the learning process. The momentum gained through the COVID-19 response needs to be harnessed to build upon the structured responses emerging.