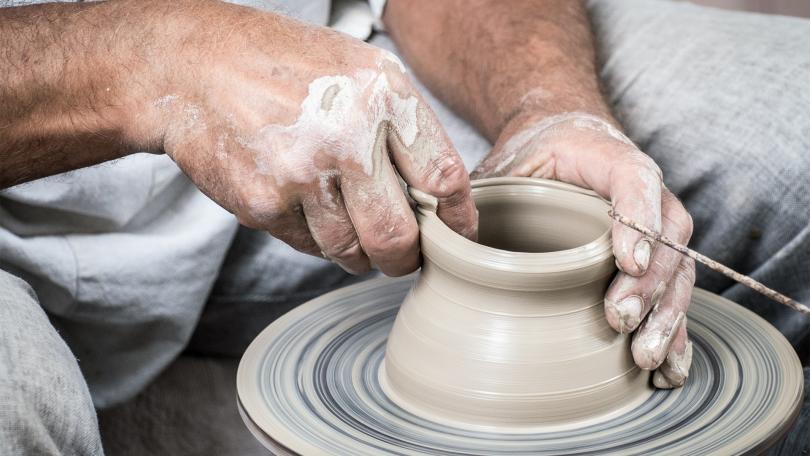 Interest in crafts has resurged in recent years. This renewed attention is not simply a counterreaction to extreme mass production. Crafts hold keys to some of the great issues of our time, such as sustainability, local development and the shelf life of skills.

For many of the ETF partner countries, crafts represent an opportunity rather than the challenge that almost every other aspect of globalisation has always brought. They have a very rich tradition in crafts that gives them a head start in crafts development.

Recognising this, the European Training Foundation has recently launched a series of studies and follow up actions looking at the role and potential of crafts in economic and social development in eight of its partner countries. Expect to hear more on this in the years ahead.

One of the organisations the ETF has partnered with in this field is the Michelangelo Foundation for Creativity and Craftsmanship, a Swiss-based NGO studying and promoting excellence in crafts. It is best known for its Homo Faber Guide and the related annual master crafts showcase event in Venice.

The Executive Director of the Michelangelo Foundation is Italian Alberto Cavalli. ETF director Cesare Onestini approached him after a visit to Homo Faber in 2018.

“Together, we started to think how we could help the ETF to develop talent in the countries surrounding the EU and offer solid opportunities for people’s development, employment and self-expression,” Alberto Cavalli says

“The question was: could we collaborate to show that craftsmanship can be an option for educating a new generation of master craftsmen, offering them real opportunities for employment, supporting their personal development and creating a sense of belonging and awareness of the value of local traditions.”

“Our initial conclusion was that we had to be extremely concrete and investigate the situation in some of the countries where the ETF operates.”

This is where the expertise of the Michelangelo Foundation came in. In other countries, the foundation had developed a strategy for identifying the institutions that are in charge of crafts and craft development and for finding crafts people whose work lends itself to being promoted as a source of much broader inspiration.

“We use a digital tool called the Homo Faber Guide, where we present a beautiful selection of the most interesting craftsmen in Europe and around it.”

“The basic premise is simple: imagine that you are village boy in Kazakhstan. All the other boys in the village go to the city to work in trade or finance or tourism. They abandon their village and tradition and forget about what was authentic to the region. You stay behind because you work with wrought iron. You look like the stupid boy that could not go to the city.”

“Then, all of a sudden, your profile is published in an internationally acknowledged publication like the Homo Faber Guide, which covers the most important craft artists of the world. Suddenly, you become a role model and what you represent is something that is acknowledged as valuable for your neighbours and country.”

“With our work, we want to inject a new sense of awareness of the value of traditions. Not because we believe that everything that is made by hand is valuable. Quite the contrary. I can show you the ashtrays made with macaroni by my niece. But nothing beautiful and really meaningful can be made without the passioned involvement of a master craftsman.”

“Everywhere you go these days, you are submerged by homogenous things. Crafts people do not just produce things. They produce goods with a distinguishing trait that reflects personal pride.”

But why do we need excellence? When excellence edges towards elitism, it risks becoming exclusive and introspective. Is there a way to harness excellence in crafts for the benefit of a wider audience?

“We need master craftsmen to work as role models,” says Alberto Cavalli. “Harnessing excellence to inspire is at the very heart of what we do. Inspiring youth in these countries around the EU means empowering them and offering them a solid opportunity to develop their talents.”

In 2014, Cavalli published a book with Giuditta Comerci and Giovanna Marchello. It was called The Master’s Touch – Essential elements of artisanal excellence. In it, the three authors addressed the same questions the ETF has worked on answering for schools and training in recent years. What is excellence? What defines it? And how can the virtues of a few be used to lift up everyone?

The book tries to define excellence in the world of crafts and argues why it is needed.

“We looked at the legislation in the UK, Germany, France, Italy and Japan to see how countries that have a long and solid tradition of craftmanship delineate excellence in crafts and isolated 11 criteria.”

“We defined each of these and their relationship to the arts and crafts. Out of this came a matrix that we use as an evaluation tool for grading excellence. Importantly, we do not use it as a vetting tool, to say: you are excellent and the artisan who works a hundred meters down the road is not.”

Cavalli sees the prime value of the tool as a guide for development. As a tool to educate people to always give the best they can.

The ETF has adopted these criteria in an initial study of craftmanship and skills for the future in eight countries: Armenia, Azerbaijan, Georgia, Uzbekistan, Albania, Kyrgyzstan, Turkey and Ukraine. The first four of these will be the subject of skills studies in the months ahead.

Together with the Michelangelo Foundation, master craftsmen from these countries will then be identified to be included in the Homo Faber Guide. They will present their work at the next Homo Faber event in Venice during the second half of April 2022.