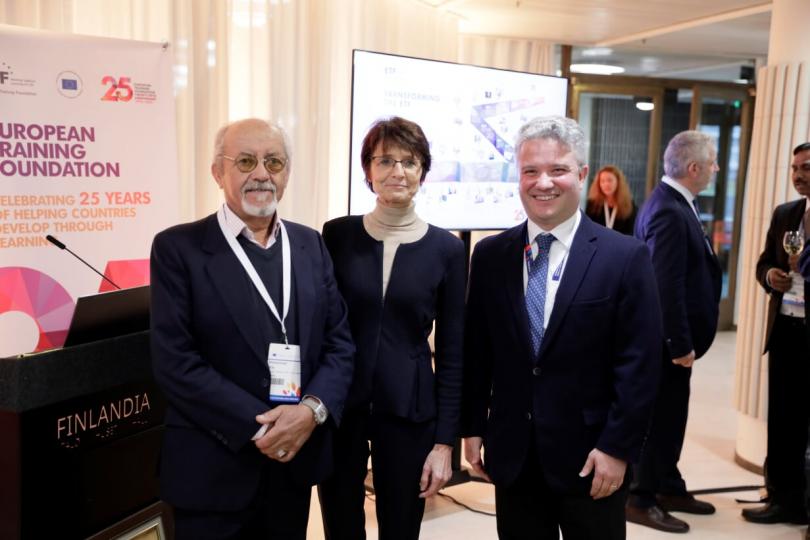 In the Opening Speech of the 25th anniversary celebration of the European Training Foundation, at the European Vocational Skills Week in Helsinki, the European Commissioner for Employment, Social Affairs, Skills and Labour Mobility, Marianne Thyssen, congratulated the ETF for supporting over 40 countries in modernising their labour markets and education and training systems. Thirteen of these countries are now EU member states.

Commissioner Thyssen commended the ETF for its “ethos of independence and impartiality” and “objective analysis and tailor-made advice” in supporting the European Union neighbouring countries respond to the skills' challenges of globalisation, demographic change, robotisation and digitalisation, and climate change. The ETF is supporting evidence based policy making in its partner countries by directing knowlege acquired from a "diversity of models, approaches and experiences of education, training and skills development across Europe, and best practices worldwide" added Commissioner Thyssen.

Mr Olli-Pekka Heinonen, Director General of the Finnish National Agency for Education, described how “the challenges we face now are perhaps greater than those we have had before”. He congratulated the ETF for the achievements of the past years and praised the ETF for the capacities of its leadership and staff in responding to the demands brought by a global labour market, and working to alleviate the pressures on societies.

Concluding an inspiring and memorable celebration for the ETF, Mr Mohammed Brik, President, El Argoub Farmers’ Association, Laghouat, Algeria presented the ETF Director, Cesare Onestini, and the ETF staff, with a painting on behalf of his association, in gratitude for the support received over recent years.

Related Activities
Skills for the future