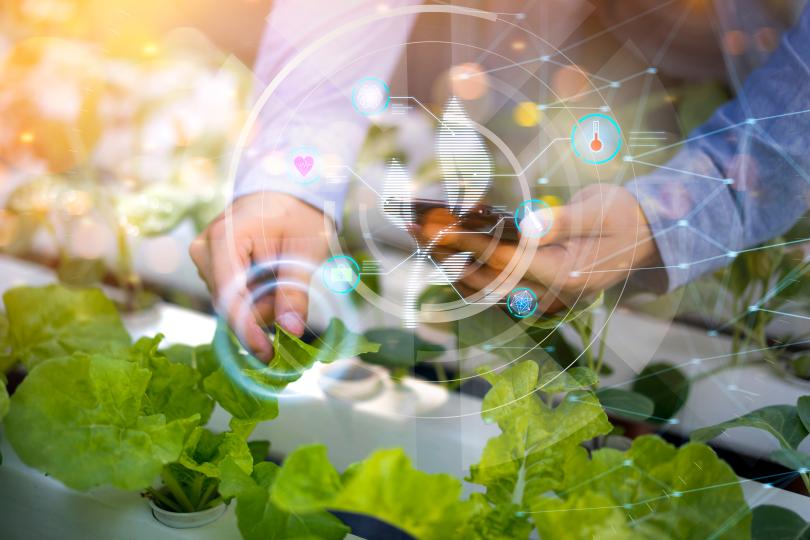 Advanced waste recycling and the production of biodegradable plastics are just two of the technologically-advanced themes presented by a delegation of innovative Western Balkans agri-food small- and medium-sized enterprises (SMEs) at the launch of a new European Training Foundation's (ETF) skills development project in Turin.

The presentations, which took place at a conference hosted jointly with the Turin Chamber of Commerce, were just one of a series of stimulating sessions late September launching the ETF’s new four-year project (2022-25), ‘Skilling Up the Western Balkan agri-food sector: digitalising, greening’.

Designed to encourage the development and support of training for productivity-enhancing skills in a key sector in the region, the project gathered representatives of 16 stakeholder companies, and a number of business associations, industry clusters, and innovation funds from countries that included Albania, North Macedonia, Montenegro, Kosovo and Serbia.

Kosovan start-up Eco Solutions Research was among the companies represented. In the very early days of developing a prototype for manufacturing gas and organic fertiliser from restaurant and catering company food waste, the detailed presentation on biodegradable plastics offered stimulation for future business lines for founders Alberina Gashi and Kaltrina Osmani.

ETF project coordinator, Pirita Vuorinen, told delegates that the aim was ‘to provide tailored support in linking vocational education and training (VET) and SMEs for innovation, productivity-enhancing skills and quality of work in the agri-food sector’. Through ‘enhancing regional cooperation’, the project would help ‘skills development for innovation, competitiveness and convergence of the sector with the agri-food developments in the European Union’, she added.

Delegates to the two-and-a-half-day event were also able to attend presentations on other Turin regional business developments in the agri-food sector at the Chamber of Commerce. A talk on the philosophy of a greener approach to food from Franco Fassio, a professor at Pollenzo’s University of Gastronomic Science, urged a more holistic approach to nature and soil as the essential basis for all agriculture production.

Coinciding with Turin’s famous Terra Madre Salone del Gusto (Slow Food Fair), the Western Balkan company representatives were able to get a sense of the wide array of different agri-food products available not only in the Piedmont region but throughout Europe and further afield. Some delegates also met Frida Krifca, Albanian Minister of Agriculture, who was at the fair. She underscored the importance of the agri-food sector to the Western Balkan region.

‘Farming, food production, marketing and sales is a key part of Albania’s economy, accounting for 20% of GDP and 40% of employment’, she said. ‘Albania has a target of reaching USD 1 billion in food exports by 2030,’ she added. ‘We’ve already reached the halfway point, with a cumulative USD 500 million in exports.'

But like other parts of the region most Albanian farms are very small – averaging just 1.2 hectares – and without government or donor agency support there is little scope for major modernisation of training.

Accessing EU support for training that can enhance the digitalisation and greening of the agri-food sector while increasing productivity and skills, was also a focus of the conference, with highly specific sessions on how to apply for funding from programmes that include IPARD 3 (the Instrument for Pre-Accession Assistance for Rural Development).

One delegate from Albania observed that as useful as such funds were, if they were only available to government bodies, they could damage private sector agricultural training services that have sprung up to fill the void in official projects in parts of the Western Balkans.

However, the sheer scale of the funds available is a positive measure for supporting skills development in the region: the programme has funds available between 2021 and 2027 worth between EUR 69 million in Montenegro, to EUR 288 million in Serbia and EUR 430 million in Turkey.

There was also a presentation on a step-by-step guide to identifying and applying for grants under the EU’s key EUR 95 billion research and innovation fund, Horizon.