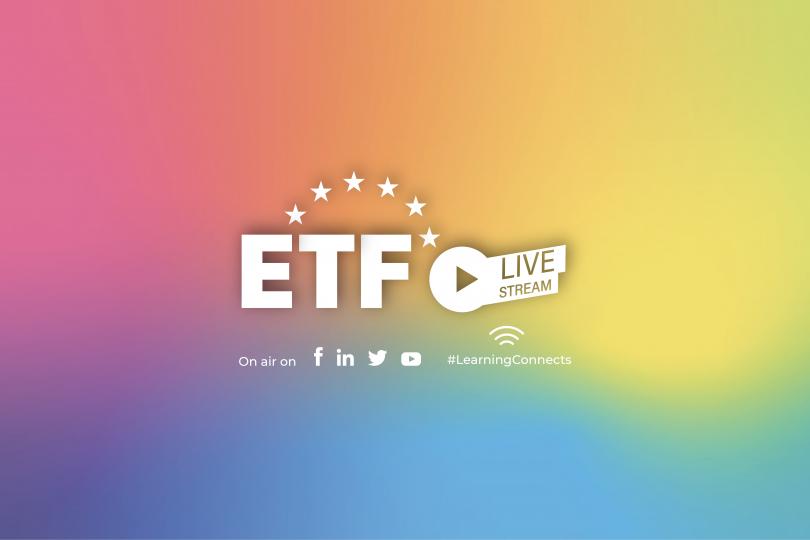 Back to the future – The changing world of crafters and artisans

The allure of craft and artisanship harks back to tradition and a very different past – but today’s world too places value in the high-level creativity and skills involved. As part of the ETF’s LearningConnects webinar series on the #FutureOfWork, this week our panel of experts looked at the evolving job market confronted by artisans.

The webinar was titled “Creativity and value in the future of handmade”. The speakers were Celine Vogt, Strategic Relationships Manager at the Michelangelo Foundation; Elizabeth Miroshnichenko, Secretary-General of the Handicraft Chamber of Ukraine; and Manuela Prina, Head of the Skills Identification and Development Unit at ETF.

There was unanimity on the panel that it was essential, from the outset, to recognise the duality of artisanship and craft. Craft is a worthy connector to heritage but is also an essential part of the subsistence economy and capable, with encouragement, of becoming a valuable and thriving economic sector.

Craft’s position in the modern economy stems from the fact that “people buy crafted objects because they tell stories and connect us to our past”, said Celine. But it is also a sustainable economic alternative, given “the rising consumer interest in craft objects – objects that are not industrially made or the result of standardised production”.

Elizabeth said that while traditional crafts are part of the spiritual culture of people, what is key is “using new technologies and enhancing craft practices in new and innovative ways”, as is happening through efforts like the Crafting Europe programme.

This also demands the resources of the state, since the involvement of the science and education sectors – “is essential to ensure the transfer of traditional skills from generation to generation”.

This craft integration into the larger economy is critical, emphasised Manuela. “Crafts are a very important element of the labour market because it's individuals, it's family businesses, it’s micro-enterprises. And this is the majority of how the labour market is composed in many of our partner countries.”

She warned that the sector had been “hit dramatically” by COVID-19, raising not only the possibility of job loss but also a loss of identity. While crafts had “so much potential” to link into sectors like tourism, it was important “to connect the dots”.

“It's not only about handicraft,” Manuela said. It is also about achieving excellence and understanding and exploiting the “importance of the genius of an artisan, also in a technical sector”.

This interplay between technology and traditional crafts is critical, the panellists agreed.  The two should not be pitted against one another.

“It's true that you often see technology innovation against savoir-faire and handmade objects and hand skills,” said Celine. “But actually to make beautiful objects, you need excellence in craftsmanship and innovation and some technology.

“The innovation of today is the savoir-faire of yesterday. Basically, it's reinventing the craft in order for it to adapt to the present and keep it relevant,” Celine explained.

Technology is for the modern artisan a tool like any other, something that they can use to augment their skills. Similarly, in this digital world, institutions and programmes need to support artisans online by putting them on the map and building awareness.

Elizabeth said that as well as digital marketing skills, “craftsmen and handicraft workers use high-level technical skills to apply both traditional and contemporary methods in design and production.” Craft has every chance not only to survive in digitalisation but to become also a pillar of future economic growth.

Today, artisans are likely to focus more on portfolio work, rather than a full-time job with set hours. “But for this, artisans must learn how to present themselves, to be able to provide high-quality products, be flexible and open to a combination of tradition and design, and have business skills and the business approach. Also, artisans must learn more innovative ways of transferring their knowledge.”

A policymaker ignoring craft is missing out not only on an important element of what makes the community flourish in terms of cultural life, but also in terms of creating entrepreneurial and co-operation opportunities. “The spinoff and the cascading effect is very, very big,” Manuela said.

Responding to input from several viewers, the panellists were unanimous that craft is a sustainable occupation. Celine described it as a “super relevant career path” for the younger generation. “It's extremely tangible and … it brings sense to a young person rather than academic studies.”

Manuela said it was important to only talk about craft as a career option, but also educating users as to the value “behind the creativity of the hand”. There was a need, too, to bring craft into the formal economy, to future-proof it.

This had to include, said Elizabeth, encouraging the legislated status of craft and vocational education, as was the case in Germany, for example. It provided a structure for learning on the job that would support artisans.

The panellists stressed that craftwork was no longer an impediment to future tertiary education. Celine pointed out that in the past there was a “diminishing” of craft, seeing it as the result of not being able to go into higher education. “We do see that there's a big shift today ... it doesn't close the doors to university and having access to higher education, which is extremely important.”

In closing, the panellists were challenged by facilitator Daria Santucci to rank the three top skills for artisans of the future. Manuela’s focus was a value chain: recognising value, promoting that value, and then cultivating by bringing innovation and new opportunities. Celine prioritised passion, then savoir-faire and the capacity to acquire knowledge, and finally the ability to communicate with the world. Elizabeth stressed flexibility, excellence and life-long learning.