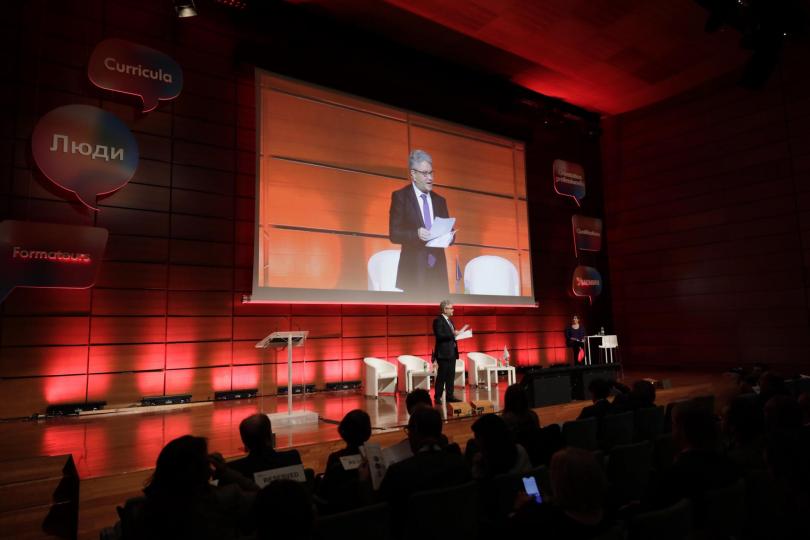 ETF director Cesare Onestini asked this question rhetorically in his opening address to the 2019 conference ‘Skills & Qualifications: Benefits for People’.

Through the event, the Toolkit that it builds on and the new Open Space community, the ETF wants to look at how qualification reforms are affecting learning, teaching and, more generally, people. So, yes, qualifications are relevant, and even more so in the future, Mr Onestini answered his own question.

“We can shape and reshape them, but they are the international currency that allows us to talk the same language in the world of education and training.”

Qualification frameworks have become mainstream in record time. The European Commission’s Alison Crabb reminded the audience that just ten years ago, at the establishment of the European Qualifications Framework, only three EU countries had a national qualifications framework. And change is not slowing down.

How to respond to the tremendous changes in skills needs has been the million-dollar question in education and training in the last decades. Today, one of the people who took a shot at providing a simple answer was Mika Saarinen of the National Agency for Education in, where else, Finland.

Mr Saarinen explained how, in 2016, Finland had a vocational education system that was quite universally considered to be near-perfect. Then they launched a reform.

The Finns recognised that, if they wanted to continue to build on the success of gradual change, they need to keep changing even though all seemed good for the moment.

The essence of this message reverberated through much of the remainder of the day. Many presenters of good practice from partner countries and later participants in the working groups agreed that adaptability and enterprise (in the non-entrepreneurial sense of the word) are key requirements for qualifications to continue to be the currency of skills in the labour market.

The conference continues tomorrow morning with reports back from today’s working groups and a subsequent effort to translate words into action, connecting policy to practice in a two-hour ‘City of Practice’ and a closing session guided by the same theme.