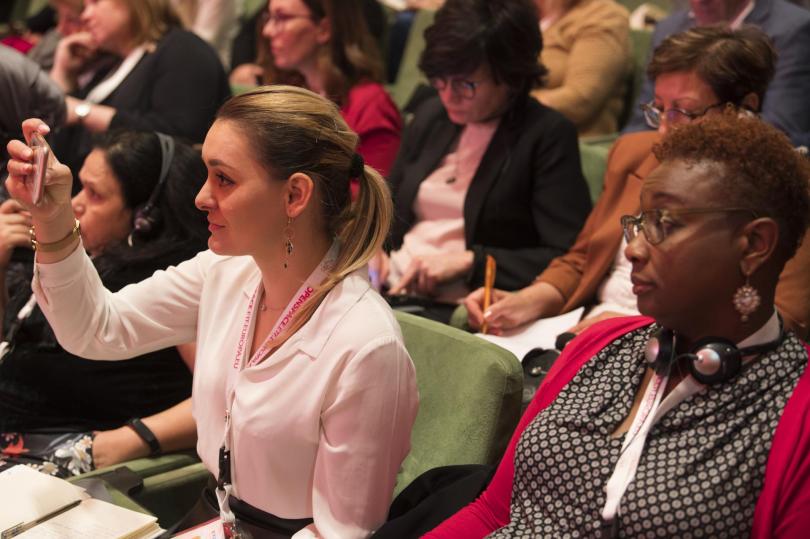 Learning outcomes can be described in countless ways. Being able to interpret and assess these descriptions is a skill that is becoming ever more important as people increasingly bring their skills from country to country - as workers, as migrants, as refugees or in other ways.

In fact, so great is the need now to be able to reference in one part of the world what people have learned in another part of the world that there is an international expert group exploring ways to make this work easier and fairer. The World Reference Levels of Learning Outcomes Expert Group is guided by UNESCO. The ETF is one of its founding members. The group met for the ninth time in Turin on 7 and 8 November.

The meeting brought UNESCO’s Borhene Chakroun, a former ETF staff member, back to Turin to chair the sessions. We asked him to explain the work of the group.

“We are trying to do three things,” Mr Chakroun said.

“First, we are trying to develop a [universal and digital] tool that can improve the common understanding of skills and qualifications and help people get their skills recognised across borders and across contexts.”

“Second the group is a platform involving and connecting regional organisations that deal with the recognition of qualifications across different continents.”

“And third, we are acting as a laboratory of ideas. We are exploring things such as digital credentials, the use of learning outcomes and how countries are reforming their qualification systems.”

For the ETF, hosting the meeting brings valuable expertise to Turin. But the ETF itself also brings important expertise to the group.

“The ETF contributes a lot with, for example, its analyses of partner country organisations. But its analytical work also contributes to the laboratory function of the group.”

Topics discussed in Turin included the first results of piloting an online world reference levels tool, the preparation of the next (2021) edition of the Global Inventory of National Qualifications Frameworks and the publication of an international handbook on defining, writing and using learning outcomes. Work on the development of the handbook should be concluded by mid-2021 based on extensive evidence gathering through regional meetings.