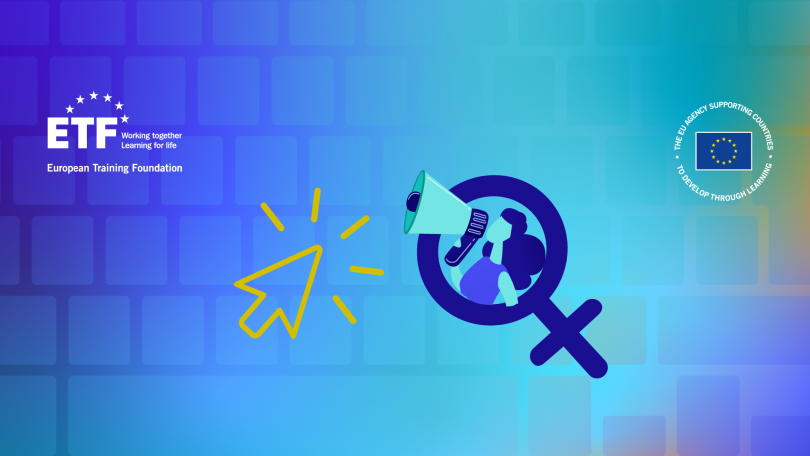 International Women’s Day is an opportune moment for institutions and policymakers to review data and the steps taken to efficiently address the fifth Sustainable Development Goal on gender equality. The ETF is committed to achieving this goal through the promotion of education and learning and skills development within the EU policy framework. The COVID-19 pandemic has highlighted how digital skills have become core skills. They are necessary to enhance the use of communication technologies for which targets have been set – target 5b - along with the achievement of target 5.5 that aims for an enlarged participation of women in leadership positions and  target 4.4 for ICT skills for employment and entrepreneurship.

The European neighbouring countries present a diversified situation. In line with EU countries, a gender gap in terms of employment is present in all the regions and it is stronger particularly in the Southern Mediterranean area.

Focusing on some practical digital tasks that involve the use of technology can give us another overview on how the gender gap in digital skills influence access to the labour market in the EU neighbouring countries as well as EU countries. Sending an email with a file attached, creating formulae in spreadsheets and coding are just some of the main tasks called for in working life. We selected representative cases from ETF partner countries to give a general overview of the situation according to data collected.

Using the instance of sending an email, the gender gap might not seem so relevant but in some countries the figure is surprisingly low with just 26.5% of women accomplished in this task, as in Egypt for example. In Georgia, on the other hand, women sent more emails than men in 2018. In Turkey there is gender gap in the use of formulae in a spreadsheet which is undertaken mostly by men and the gap is relatively more important in Algeria where the percentage of women who have used the formulae is less then the half of the male percentage.

Finally, the remarkable gender gap in coding highlights the problem of the low number of women in the STEM field which has been, and still is, a male dominated sector in Europe and in the EU neighbourhood.

The situation for digital skills is evolving. The starting point is having the right equipment and access to the web, which most EU neighbouring countries have implemented by equipping schools with PCs and internet access.

Positive steps have been made but more needs to be done to ensure an equal society for women. The ETF operates within the EU’s external relations supporting countries in the EU’s neighbouring regions to reform their education systems and labour markets, creating an inclusive digital society for all.

For more information on how the ETF is supporting the development of digital skills in the EU neighbouring countries see here https://europa.eu/!YK88Bf&nbsp;