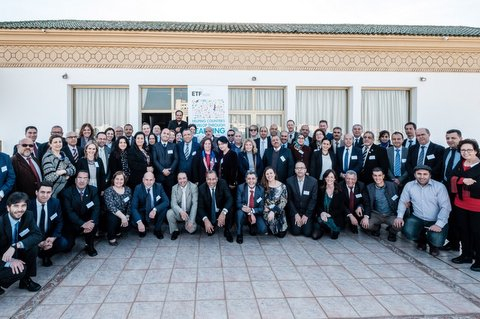 15 Feb 2017
Employment opportunities are lagging behind signs of economic growth in countries across the Southern and Eastern Mediterranean region. This comes despite progress in training and education reforms, the latest Torino Process regional policy forum, in Morocco's capital Rabat, has heard.

Employment opportunities are lagging behind signs of economic growth in countries across the Southern and Eastern Mediterranean region. This comes despite progress in training and education reforms, the latest Torino Process regional policy forum, in Morocco's capital Rabat, has heard.

Economic recovery has been evident in the past two years, with modest growth of between 1-3%. Widespread skills gaps and stubbornly high rates of youth unemployment and women's workforce participation continue to create challenges for policymakers working to reform the region's vocational education and training (VET) systems.

In a region where challenges to VET reform have included the Arab Spring revolts of 2011, and the Syrian conflict, the level of cooperation in facing training and labour market demands and sharing good practice is evident.

Opening the conference, Philippe Mikos, from the EU Delegation applauded, ‘the Moroccan government's migrant integration scheme …and the close collaboration and partnerships on VET across the region.’ But he added: ‘There is a clear need to address both the challenges and opportunities of youth employability both in the north and south of the Mediterranean region.’

Kiril Kiryakov, from the European Commission’s DG for Employment, Social Affairs and Inclusion, notes that: ‘recent economic recovery in the region did not translate into better employment prospects’ for most people - apart from in Israel. ‘Activity rates across the region remain among the lowest in world - particularly for women and youth,’ he said.

‘Despite progress, we still see relatively low levels of youth employment for those aged 15-24 years - as high as 25% and above in almost all countries. The indicator for NEETs (those not in education, employment or training) was, he added, ‘more telling’ with one in three young people falling into this category in Egypt, Morocco, Palestine and Tunisia, and one in five in Lebanon.The OECD's Pisa survey - a global snapshot of educational progress at the age of 15 - showed figures of 60-80 percent underachievement across the region.

There was also an ‘inverse relationship between educational achievement and employment prospects, with [university] graduates twice as likely to be unemployed as non-graduates… this is alarming and speaks about the missing link between education and the world of employment.’

On a more positive note, the ETF’s Eva Jimeno Sicilia, noted high levels of ‘ownership and participation’ in the Torino Process - the foundation's flagship policy for using an evidence-based system for monitoring and analysing progress in VET system and policy reform - across the region.

‘Thanks to your commitment, energy and time - sometimes under difficult circumstances…the regional report will come out of [our] discussions and become a reference point for action across the region.’