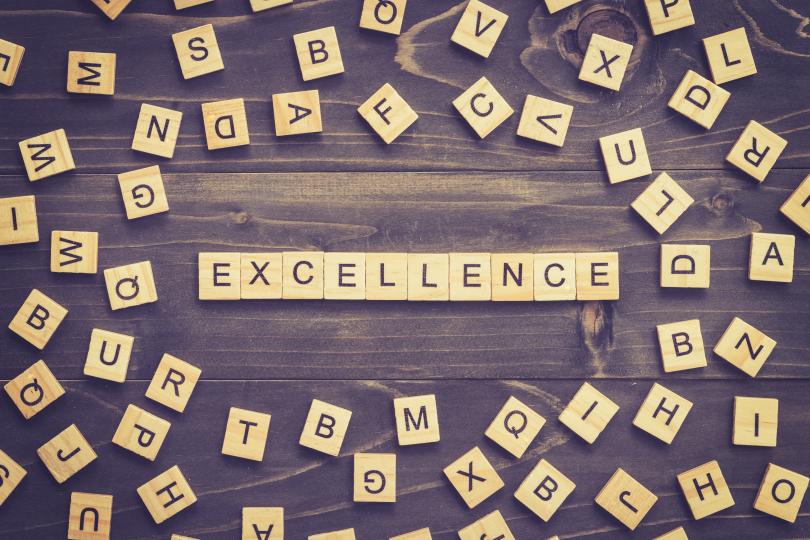 Pushing the boundaries of Centres of Vocational Excellence

The European Training Foundation is going global with its Network for Excellence (ENE) – its growing field of cooperating groups of Centres of Vocational Excellence (CoVEs) through Europe, EU partner countries and institutions in Africa and Asia.

Launched in 2020, ENE today brings together 243 CoVEs in more than 30 countries across a vast area of the world.

With evidence proving that the network is beginning to turbo-charge innovation, skills development, social inclusion, the green and digital transition among other key vocational educational targets, ENE is set to go global under a new €1 million European Commission contract.

The two-year contract agreed between the DG Employment and Social Affairs and the ETF is designed to develop and further the internationalisation of CoVEs, says Georgios Zisimos, Head of Unit at the ETF.

“Centres of Excellence are so well connected with business that they can take over research in some areas,” Mr. Zisimos observes. “Research need not be carried out only by universities; it could also be done by Centres of Excellence, because they are also well linked with tertiary education.”

The contract will build on the work the ETF has done since beginning to develop ENE in 2019, which began with a mapping exercise in 17 partner countries that examined why CoVEs were popular, what makes them special, and how they contribute to the Vocational Education and Training (VET) system.

A key self-assessment tool, the ENE SAT (Network of Excellence Self-Assessment Tool), was developed to measure progress by individual Centres of Excellence every 18 months across 8 defined areas of excellence:

“When we started, many of the Centres of Excellence were isolated. They were very good at what they were doing but they were working in isolation,” Mr. Zisimos says. “They did not have international partnerships, or were focusing much on innovation. They were very good in teaching and learning, and collaboration with business – and in some there was fantastic infrastructure.”

At the time, “excellence” as a concept was a controversial term, with “different definitions, seen by some people as negative, elitist,” he adds. The EU was looking at what excellence meant for Europe; the ETF wanted to look at the “supra-national dimension.”

Today ENE – which Mr. Zisimos describes as the ETF’s “platform, our laboratory” – has a range of partnerships, including, for example, one  on work-based learning (WBL), and one concentrated on developing Green Skills.

The ENE SAT has become “a huge repository of information” that creates a baseline that can be updated every 18 months to gauge progress, and also used for policy advice not only to CoVEs themselves, but interested policymakers and government ministries too.

The ETF’s pioneering work is reflected in the EU’s wider recognition of the role human capital development has to play in social and economic development and the crucial challenge of the green and digital transition humankind faces globally.

In addition to 12 pilot projects already being implemented, the next set of  11 networks to be financed by Erasmus+ in 2022 will be announced in February. They consist of a minimum of 8 partner institutions from at least 4 countries, and will each benefit from a grant of €4 million to invest over four years.

Joao Santos, a Senior Expert at the EC’s DG Employment, Social Affairs and Inclusion, says that although vocational education has had a key – and legally defined – role in EU since the earliest days of the community’s founding under the Treaty of Rome in 1957, the CoVE initiative brings a comprehensive approach to the development of skills-ecosystems to support regional development and innovation..

“We chose the ETF as a strategic partner to develop the International dimension of the CoVE initiative because of the expertise it has developed in understanding the key elements of Vocational Excellence, the number of partners it has brought together under ENE, and its role as a bridge linking European and international developments in VET” Mr. Santos said.

The European Commission conducted a mapping study that  identified 25 factors or activities that make CoVEs stand out from the crowd, he said, citing examples that include VET centres working closely with companies for the exchange of teachers and trainers, companies working with VET providers on apprenticeship systems, or VET centres providing activities such as innovation hubs, applied research, and developing entrepreneurship skills of their learners, allowing them to give wings to their personal fulfilment dreams.”

A total of 83 networks, from 27 EU countries and 25 external countries, representing more than 1,700 organisations, applied for grants under the 2021 Erasmus+ call for Centres for Vocational Excellence, Mr. Santos said. The quality was extremely high, and whittling them down to just 11 successful networks was a challenge.

He added that all Erasmus+ project applications are also assessed on their contribution to social inclusion. Higher points are given to projects that “include a horizontal concern throughout the various actions to address diversity and promote shared values, equality, including gender equality, and non-discrimination and social inclusion, including for people with special needs or fewer opportunities.”

The ETF’s role as a strategic partner with the EC in supporting the further global development of CoVEs is, he adds, almost “self-evident”, observing that the ETF was a “key partner in developing the initial concept for the initiative”, had developed “their own network of centres in partner countries that includes those in Europe as well,” and were “developing tools that are equally useful  for European VET centres as well as those in partner countries.”

As the ETF’s network of Centres of Excellence continues to grow, it looks as if the only way is up.