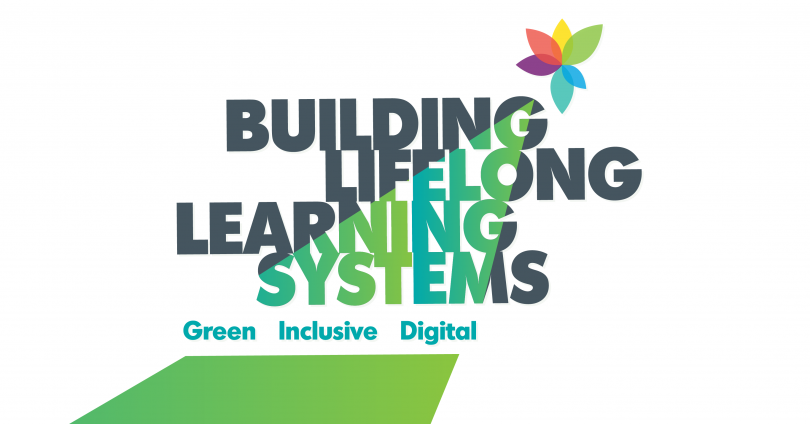 PRESS RELEASE: International bodies and practitioners support lifelong learning as a key response to the crisis

The ETF and UNESCO, together with the ILO, EBRD and UNICEF, joined forces for a five-day discussion on the future of lifelong learning, with a focus on skills for green and inclusive societies in the digital era

Turin, 25 June 2021 — Around 1500 participants from 60 countries took part in a major online event organised by the ETF in partnership with UNESCO and with the collaboration of the ILO, EBRD and UNICEF. Entitled "Building lifelong learning systems: skills for green and inclusive societies in the digital era", the conference aimed to take stock of progress and looked forward to next steps in making education and training fit for current and future challenges.

While showcasing examples of good practice from around the world, the event created a forum for reflection on international experience in building lifelong learning systems. It also confirmed priorities for future cooperation against a backdrop of current global challenges and the new opportunities that the green and digital transition brings.

“Over the past five days, together with all our partners and participants we examined the practice and preconditions for bringing innovation to system change. We agreed that lifelong learning and skills development should become an integral part of economic and social transformation, and should put the learner in the centre by leaving no one behind. The ETF is fully committed to supporting these developments and moving towards a greener society,” said Cesare Onestini, ETF Director.

“Young people have borne the brunt of this crisis – their education and training must be prioritised in the recovery. This conference has demonstrated the power of partnership to make this happen,” said Stefania Giannini, UNESCO Assistant Director-General for Education.

“As we build inclusive and sustainable societies, we must include young people in policy and as actors for change. Together, let’s ensure they have the skills and connectivity to safely contribute ideas,” commented Afshan Khan, UNICEF Regional Director for Europe & Central Asia.

An international engagement for shaping a better future

The conference was addressed by European Commissioner for Jobs and Social Rights, Nicolas Schmit, who highlighted the connection between the European Skills Agenda that he champions, supporting policy reforms in EU neighbourhood countries. The Italian Minister of Education Patrizio Bianchi contributed to the discussion in light of the Italian presidency of the G20, and stressed the global dimension of this challenge and the need for coordinated action.

Five days to transform education in a lifelong learning perspective

The first three days of the conference comprised an opening event enriched with key questions and ideas, followed by six sessions with themes of importance to a transforming world and an emphatic move towards lifelong learning:

The final two days were devoted to a high-level event attended by representatives from the EU and its neighbouring countries, European and international political leaders, multilateral and international organisations, think-tanks and the private sector. The series of events explored what comprehensive and effective lifelong learning systems might look like, and how we can build them.

A spotlight on the best green skills stories

During the closing ceremony on 25 June, the ETF unveiled the three winners of the first Green Skills Award from Palestine, Turkey and India. The examples of good practice in education, training and skills development that support the green transition were chosen from the 11 finalists by a public vote. The ETF received 134 applications from 39 countries and over 23,000 votes from all over the world.

The European Training Foundation is the EU agency supporting the countries of the EU neighbourhood to reform their education, training and labour market systems. It works with policymakers and practitioners to support reform, promote evidence-based approaches, document change, provide analysis and stimulate debate to anticipate new skills needs.