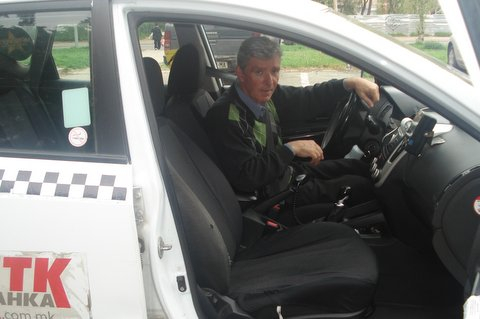 Lifelong learning and the aging workforce

24 Jan 2018
Tags
Lifelong learning
Older workers are an invaluable resource, holding a wealth of experience, knowledge and skills. But many older job seekers face age-based discrimination, or lack the confidence to re-skill or start their own business.

Older workers are an invaluable resource, holding a wealth of experience, knowledge and skills. But many older job seekers face age-based discrimination, or lack the confidence to re-skill or start their own business.

Workers like Velimir Vasilevski, from the former Yugoslav Republic of Macedonia. Velimir, in his late 60s, has been a textile mill owner, a technical director and unemployed. Now, he drives a taxi – a job he hopes will provide security in retirement.

With debate about policies to support a more age diverse workforce on the agenda in Brussels (24/01/18), we revisit Velimir’s story, and ask – what can be done to tap into this underultilised workforce?

Macedonia has rolled out various initiatives to boost people’s job prospects – small-business training, grants, retraining for skilled professions – but has failed to achieve the desired take-up.

For older job-seekers, who make up a growing share of the country’s unemployed, learning a new skill or starting a business can be daunting. When his textile mill closed in 2011, Velimir could have taken advantage of a programme that trains and provides grants to entrepreneurs. But at 60, he was four years away from receiving a pension.

‘It didn’t pay for me to start my own business. It takes at least three years to really get a company working. By the time that happened, I would probably have retired.’

What’s more, the country’s economic prospects didn’t prove tempting. ‘Now would be a bad time for me to open a factory,’ Velimir affirms. ‘Who knows if I would sell anything?’

While it’s especially challenging to get older workers into training, the country’s recent efforts to attract adults of any age have fallen flat. Macedonians participating in adult education is a third of the EU average.

Older workers are not taking up training programmes because, with a few exceptions, they cost money. Tuition fees for courses at the Open Civic University in Skopje, for example, range from US$280 for typing, to more than twice that to train as a beautician. FYR Macedonia’s average monthly salary was around US$550 in February 2015.

The government is trying to raise the visibility through the Employment Service Agency. But the Agency’s director, Vlatko Popovski, says the proportion of older people taking advantage of the new training opportunities has been disappointing. It has reached only around 10 percent for unemployed people between the ages of 40 and 50 years. Above 50 years old, this drops to 4 percent. ‘There’s a stigma surrounding education and taking new classes.’

But he points out that gaining new skills during the latter stages of working life opens opportunities, as companies are now waking up to the value of older workers.

‘Companies have already started to look beyond the usual age limit, because they see people over 35 as being more serious about work obligations. In the future, we expect [age] prejudices to disappear, because across Europe, older workers are in demand.’