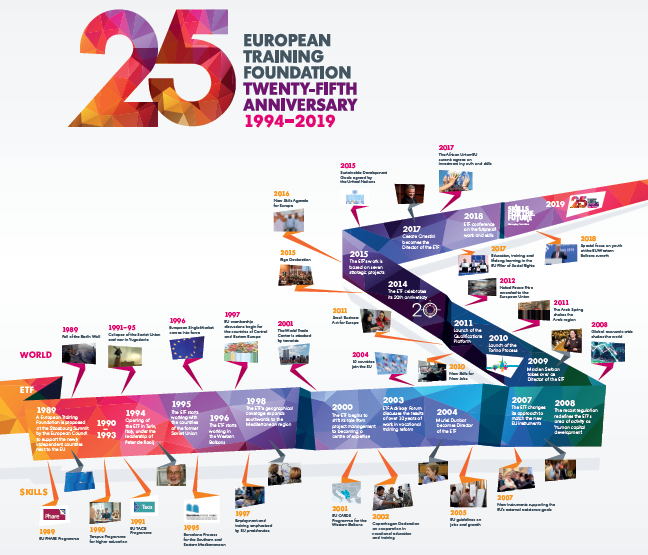 On the occasion of the ETF's 25th anniversary, and a new leadership at the European institutions in Brussels, influencers and decision makers in the field of education, employment, social affairs and development at European and international level will gather at The TownHall Europe. The objective is to discuss the value of education and skills in social and economic development and future implications for the EU external relations policies and programmes. High-level discussions will include representatives from the European Commission, the European Parliament, the Finnish Presidency and will be informed by the ETF’s experience in supporting over 45 countries in reforming their education and training systems.

Ayla Göksel, Chief Executive Officer of the Turkish Non-Governmental Organisation, Özyegin Social Investments, will deliver the keynote speech followed by a panel debate with David O’Sullivan, former Commission Secretary General and former Ambassador of the European Union to the United States, Portuguese Member of the European Parliament, Margarida Marques Vice-Chair of the Committee on Budgets, and Manuela Geleng, European Commision Director for Skills.

Stay tuned to the ETF’s social media channels for updates and conclusions of this preeminent gathering!