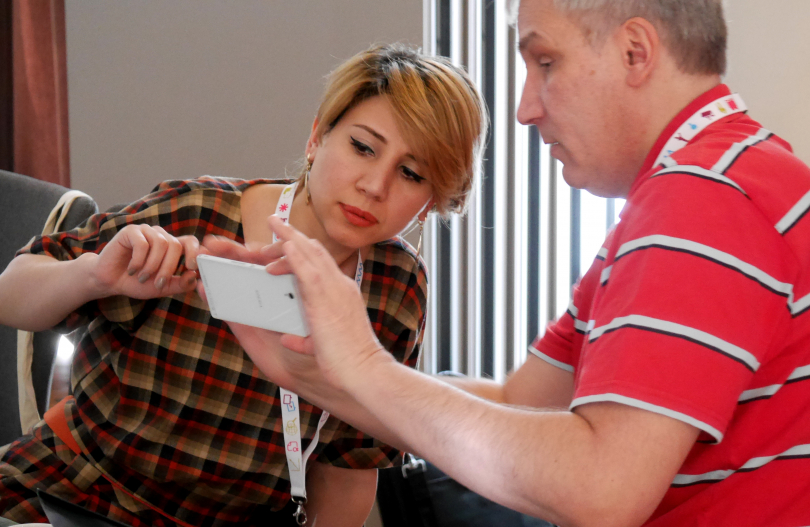 Breathing Life into the Qualifications Platform

02 Mar 2017
Qualifications platform correspondents from more than 10 ETF partner countries stretching from Azerbaijan to Egypt are meeting in Tirana, Albania to learn about blogging for the online qualifications community.

Qualifications platform correspondents from more than 10 ETF partner countries stretching from Azerbaijan to Egypt are meeting in Tirana, Albania to learn about blogging for the online qualifications community.

The correspondents each play an important role in their country’s work on implementing qualifications frameworks at national level. Preparing the ground for such frameworks to be put in place is a lengthy process, but many countries are now at the stage where they actually have to put into practice the work they have been doing behind the scenes.

A whole host of individuals and organisations have a stake in a national qualifications framework (NQF) and they all need to be engaged if implementation is to be successful. ‘Communication is a key part of getting stakeholders and the public on board’, said Anatolii Garmash of the Ukrainian Employer’s Federation.

Albania, which is on the point of putting its national qualifications framework into law, will bring together over 150 people from all over the country tomorrow (3 March) to tackle just this issue. Business leaders, school teachers, ministers, university staff, trade union representatives and others will meet in the capital to build a common national understanding on the NQF and strengthen partnerships across the country.

Although the NQF has been on the agenda in Albania since 2010, ‘repetition is the mother of knowledge’ says Ejvis Gishti, Head of Department at the National VET and Qualifications Agency stressing the importance of communicating such policies so that they are actually taken up by those who benefit. The conference will be opened by the Minister of Education and Sport and the Minister of Social Welfare and Youth.

The aim of this edition of the qualifications correspondent’s meeting which took place on 1 and 2 March is to breathe life into the ETF’s Qualifications Platform, a global online community that focuses on the topic of qualifications frameworks around the world.